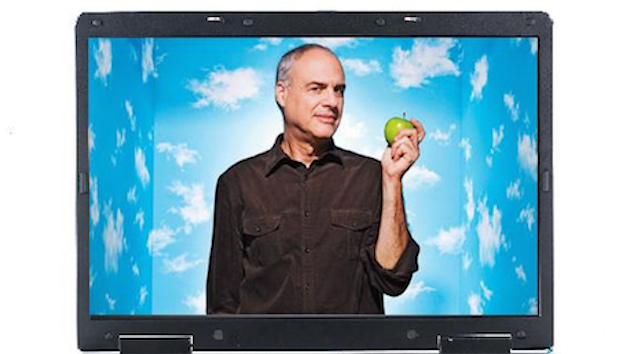 Back in September, Mark Bittman left his perch as a New York Times op-ed columnist and food writer, declaring he would “take a central role in a year-old food company, to do what I’ve been writing about these many years: to make it easier for people to eat more plants.” Ever since, the fooderatti have wondered precisely what that company would be. Monday, Bittman revealed that he’d signed on as “chief innovation officer” at Purple Carrot, one of the growing number of companies that deliver recipes and pre-measured ingredients to consumers’ doors.

Known collectively as the “meal kit” industry, Purple Carrot and its non-vegan rivals Blue Apron and HelloFresh are drawing serious venture capital cash. The most established of them, Blue Apron, is valued at $2 billion—making it what is known in venture capital circles as a “unicorn,” or a young, privately held company worth in excess of $1 billion based on the terms of venture investments.

Purple Carrot, for its part, has “raised $1 million from angel investors and is currently closing out a $3 million seed round,” the company stated in a press release. It launched a year ago in Boston, just expanded to the West Coast (Bittman himself is based in the Bay Area), and now offers its services in “more than 70 percent of the country,” the press release states.

Its pricing—$68 to feed two people three times per week, or $74 to feed a family of four twice—aims Purple Carrot’s services squarely at a prosperous market. “I think it’s a shame that not everyone will be able to afford it, but I think those who can afford it will find it worthwhile,” Bittman told Civil Eats’ Twilight Greenaway.

As a confirmed home cook, I’m mystified by the allure of delivered meal kits, for many of the reasons food writer Corby Kummer lays out here. That doesn’t mean they don’t hold a broader appeal for those with the means to afford them. The industry consulting firm Technomic projects that meal kits could grow a $3 billion to $5 billion industry within a decade, Inc reports. I plan to look into them more.