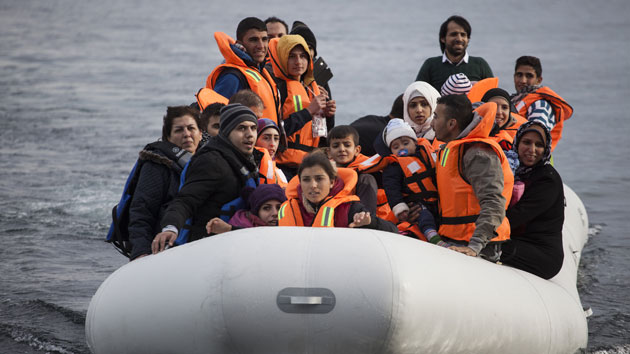 In the wake of last Friday’s attacks in Paris, Republican governors across the country have made their positions clear—they want nothing to do with the Syrians fleeing ISIS. On Sunday, Alabama Gov. Robert Bentley announced that his state won’t accept any Syrian refugees. On Monday, Texas Gov. Greg Abbot, Massachusetts Gov. Charlie Baker, Arkansas Gov. Asa Hutchinson, and Indiana Gov. Mike Pence followed suit. Louisiana Gov. Bobby Jindal issued an executive order to halt the flow of Syrian refugees to his state (it has accepted 14).

Even Michigan Gov. Rick Snyder, who had previously called welcoming refugees “part of being a good Michigander,” announced he was suspending his work with the federal government on bringing Syrians to his state. “Michigan is a welcoming state and we are proud of our rich history of immigration,” he said in a statement. “But our first priority is protecting the safety of our residents.”

What Snyder and his Republicans haven’t explained is how they could legally do this. Refugee resettlement is a federal responsibility in which states have historically had only an advisory role. The Department of Homeland Security screens applicants. The State Department places them in new communities by working with a network of nonprofits on the ground. And the the Department of Health and Human Services’ Office of Refugee Resettlement works with refugees to make the transition in their new communities. (Here’s a chart if you’re confused.)

State Department deputy spokesman Mark Toner told reports Monday that the government would listen to the concerns of local officials, but it would not take a position on the legality of the governors’ decrees or even say whether a governor could erect checkpoints to vet potential refugees entering their states. “Whether they can legally do that, I don’t have an answer for you,” he said. “I don’t. I think our lawyers are looking at that.”

But other experts are more emphatic. “They don’t have the legal authority to stop resettlement in their states—much less to stop the presence of a legally authorized individual based on nationality,” says Jen Smyers, associate director for immigration and refugee policy at the Church World Service, an international nonprofit that does refugee resettlement. If a family of Syrian refugees decides they want to move in with their relatives in Michigan (a hub for Muslim and Christian immigrants from the Middle East) there’s nothing Rick Snyder can do to stop them. “There are really clear discrimination protections against saying someone can’t be in your state depending on where you’re from,” Smyers notes.

Nor do the states have much have much power of the purse as far as refugee resettlement is concerned. The work of resettlement is handled by a network of public-private partnerships, and the public money comes from the federal level. In some cases, the federal dollars are diverted through state governments, but they’re merely a pass-through. “If they were to hold up that fund, there would certainly be legal ramifications,” Smyers says. Simply put, if these Republicans really want to block refugees from entering their states, they are asking for a fight.