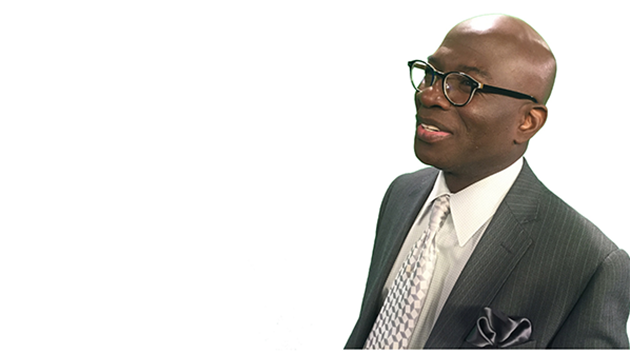 When Ben Carson gets into trouble because his statements about his past or his policy views are challenged, Armstrong Williams, a trusted Carson aide and friend for more than 20 years, charges in to try to spin the campaign to safety. At Tuesday night’s debate, Carson flip-flopped on the minimum wage and insisted that China was somehow involved on the ground in Syria. The next morning on MSNBC, Williams, a talk show host who owns a PR firm, was insisting that Carson had not backtracked on the minimum wage but had evolved and that unnamed sources had told Carson about the Chinese in Syria. Again and again, Williams, who has long been Carson’s business manager, speaks for Carson, a candidate who claims he is running on honesty and integrity.

Yet a decade ago, Williams played a leading role in a government ethics scandal. In 2005, the Government Accountability Office (GAO) found that Williams engaged in “covert propaganda” to promote a George W. Bush administration initiative. The Department of Education in 2004 handed a $188,543.48 contract to Williams, through the PR firm Ketchum, to push President Bush’s No Child Left Behind education legislation—an effort that included media appearances in which Armstrong touted the initiative without disclosing he was on the administration’s payroll.

The GAO report followed a January 2005 USA Today story revealing that Williams—a leading African American conservative and Clarence Thomas protégé, and a syndicated columnist—won this lucrative contract from the Department of Education. His responsibilities included “regularly comment[ing] on the NCLB Act during the course of his broadcasts,” interviewing then-Secretary of Education Rod Paige on his shows, producing ads promoting the NCLB, and encouraging other black media outlets to cover the law, according to the GAO report. But Williams never told audiences or those who booked his appearances on other networks about this arrangement.

The day after the USA Today article appeared, Williams told the Washington Post that he understood “why some people think it’s unethical,” and said it was a “fair assessment” if people thought his opinion has been purchased by the government. He also said he was truly supportive of the law, and that he wouldn’t be accepting such contracts in the future. His acknowledgement didn’t stop Sens. Frank Lautenberg (D-N.J.) and Ted Kennedy (D-Mass.) from asking the GAO to examine the arrangement and determine whether any rules had been violated.

The GAO initiated an investigation and concluded, “We find that the Department [of Education] contracted for Armstrong Williams to comment regularly on the No Child Left Behind Act without assuring that the Department’s role was disclosed to the targeted audiences. This violated the publicity or propaganda prohibition for fiscal year 2004 because it amounted to covert propaganda.”

In his 2005 interview with the Washington Post, Williams said the Department of Education had approached him with the contract offer. But in its report, the GAO, citing a Department of Education inspector general report, said Williams had approached the secretary of education with the idea in March 2003. This happened at a time when the Bush administration was under fire for commissioning other covert domestic and foreign propaganda. Williams told then-Nation Washington bureau chief (and current Mother Jones Washington bureau chief) David Corn that there were other unnamed right-wing pundits being paid to shill for government positions, but never identified them.

Armstrong’s syndicated column was subsequently pulled from the Tribune Media Services, and his TV show was temporarily dropped from at least one network. Williams eventually agreed to a $34,000 settlement with the US government, but he did not admit to any wrongdoing in the case and did not face any criminal charges. Williams has gone on to become a very successful businessman; he owns seven television stations, according to Breitbart News. The conservative website adds that Williams angered a lot of conservatives in October when he called for taxpayer money to be used to hire the Fruit of Islam, a paramilitary arm of Louis Farrakhan’s Nation of Islam, to stabilize dangerous neighborhoods in Chicago and Baltimore.

Williams and the Carson campaign did not respond to questions about the episode.

See the full GAO report below: