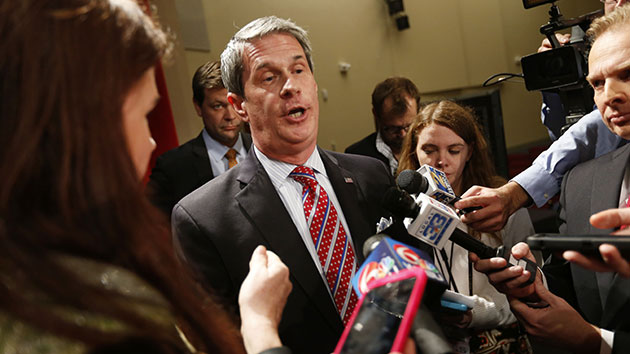 Republican Sen. David Vitter lost his bid to be the next governor of Louisiana on Saturday, and it wasn’t even close. The two-term senator lost the runoff election to Democratic state Rep. John Bel Edwards by double digits, setting the stage for the state to potentially become the first in the Deep South to accept a pivotal part of Obamacare.

Vitter was dogged by a decade-old prostitution scandal, and a bizarre spying incident at a coffee shop. Desperate to make up ground, he warned voters in one ad that President Barack Obama would release “thugs” from prison onto Louisiana streets. Vitter also sought to turn the tide by warning voters of a terrorist threat posed by the state’s 14 Syrian refugees. He went as far as to allege (falsely, it turned out) that one of the refugees had gone missing. It didn’t work.

Edwards, an anti-abortion, pro-gun West Point grad, became the first Democratic candidate to win a statewide election in Louisiana since 2008, and benefited from support from Republicans who were dissatisfied with Vitter’s personal troubles and disappointed by the state’s financial woes under outgoing Gov. Bobby Jindal. (By the time Jindal dropped out of the presidential race on Wednesday, the one-time rising star’s approval ratings had dropped to 20 percent.)

Jindal also rejected federal funding to expand Medicaid. Edwards has pledged to sign an executive order authorizing the expansion of the program on his first day in office. That’s a really big deal. Such a move would provide coverage to about 225,000 residents in one of the poorest states in the nation.