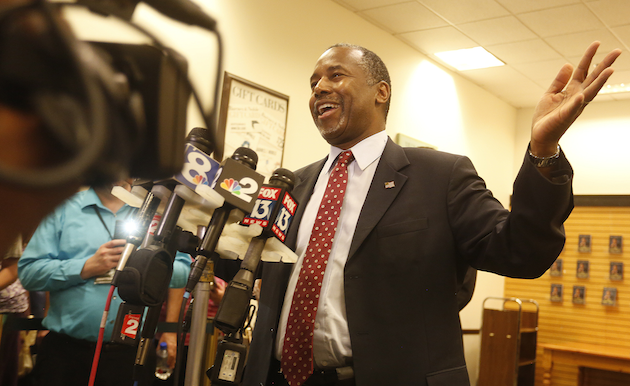 Ben Carson has made his contribution to the annals of awkward rap ads promoting Republican presidential hopefuls, and it’s awful. The GOP front runner’s new radio advertisement features some confounding rhymes—“Vote and support Ben Carson. For the next president, he’d be awesome”—to try and add some hip hop credibility to the neurosurgeon’s soft-spoken way with words.

While Carson himself isn’t doing any of the rapping, he did provide the somber voiceover with such lines as:

“I’m very hopeful I’m not the only one who’s willing to pick up the baton of freedom, because freedom is not free and we must fight for it everyday.”

Reactions to the song were swift and incredulous: 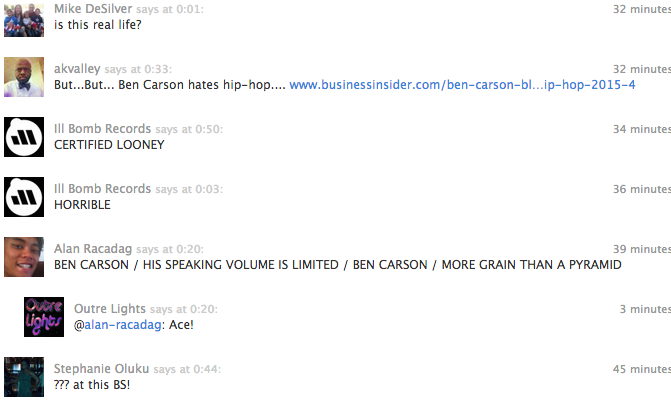 Carson’s campaign wasn’t exactly coy about the ad’s target audience. Campaign spokesperson Doug Watts told ABC News the campaign believes Carson’s bid for the White House will be a sure thing if he secures just 20 percent of the black vote. Judging by the comments above, his rap ad did not move him closer to that goal.

Either way, one thing’s for sure: Ben Carson’s entrance into the rap game is surely your hate-listen of the day.