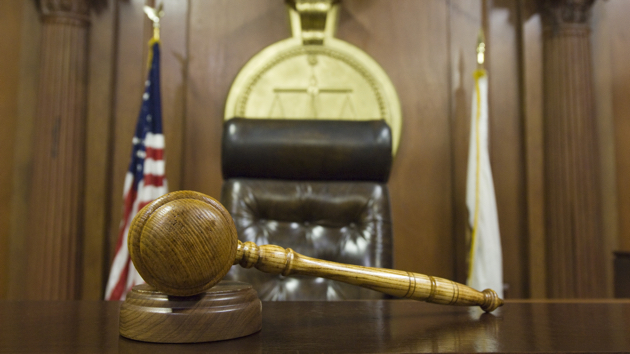 Gridlock has famously prevented Congress from enacting meaningful legislation in recent years, but it’s in another area that congressional inaction is truly setting new records. The Senate has confirmed just nine judges nominated by President Obama so far this year. It’s the slowest pace of confirmations in more than half a century, on track to match the 11 confirmations in 1960.

“It’s still like pulling teeth to move nominations,” says a senior Democratic Senate aide. “They’re being held by a number of different Republican senators for every reason under the sun. None of which have anything to do with the actual qualifications of the nominees.”

With Republicans in charge of both branches of Congress, odds are slim that Obama will sign major domestic legislation during the last two years of his presidency. Even keeping the government’s lights on and selecting a new House speaker have required protracted fights in this dysfunctional Congress. But judges are still one area where a hamstrung president can leave a mark, as district and circuit court judges who win confirmation receive a lifetime appointment.

It’s not unusual for a president to get fewer nominations through the Senate as the end of a White House term nears and the opposition party begins to dream of winning the next presidential election and tapping the judges it prefers. But the current rate is far off from the historical norm. According to the liberal Alliance for Justice, by this point in 2007, when Democrats controlled the Senate, 34 of President George W. Bush’s judges had been confirmed.

The lack of confirmations has provoked anger among Senate Democrats over what they see as politicking at the expense of a functional judicial system. Last week, Sen. Patrick Leahy of Vermont, the top Democrat on the Judiciary Committee, put a statement in the congressional record blasting Republicans for dragging their feet on scheduling votes for uncontroversial judicial nominees. “The glacial pace in which Republicans are currently confirming uncontroversial judicial nominees is a failure to carry out the Senate’s constitutional duty of providing advice and consent,” Leahy said. “We should be responding to the needs of our Federal judiciary so that when hardworking Americans seek justice, they do not encounter the lengthy delays that they currently face today.”

This summer, Sen. Chuck Schumer, a New York Democrat on the committee, got in a public tussle on the Senate floor with its Republican chairman, Sen. Chuck Grassley of Iowa. After Schumer’s request for unanimous consent to approve a slate of judicial nominations for New York courts was denied, Schumer called the Republican slowdown a “disgrace” that was hurting the judicial system. “Democrats will not stand by and watch our judicial system brought to its knees by death by a thousand cuts,” he said. Grassley, though, would have none of it. He argued that Republicans didn’t need to rush confirmations after Democrats approved 11 nominees in the 2014 lame-duck session, when Democrats were about to lose the Senate majority following the November midterm elections. “So put that in your pipe and smoke it, the senator from New York,” Grassley said.

Republicans have been gumming up the works at each step of the process. Judicial nominations are generally put forward by the president only once they’ve been approved by both of the home-state senators. Republicans have been slow to give their consent to any nominee, with 55 judicial vacancies currently lacking a nomination. “If you look where these empty seats are, they’re almost all in states with at least one Republican senator,” says the Alliance for Justice’s Kyle Barry. Even when Republican senators appears to support a nominee, they’ve dragged out the process. Sen. Marco Rubio, for example, recommended Mary Flores to the White House for a spot on a Florida district court, but has been withholding his so-called “blue slip” approval form, preventing her from moving forward to a hearing before the Judiciary Committee. (He says he is still reviewing her qualifications.)

Even after a judicial nominee has cleared the Judiciary Committee with bipartisan support, Senate Majority Leader Mitch McConnell has been slow about scheduling votes on the Senate floor, where 11 nominees are awaiting confirmation. The delays generally haven’t been due to controversy about the nominees. The last two judges confirmed, for district court seats in New York, were approved by votes of 95-2 and 88-0, respectively.