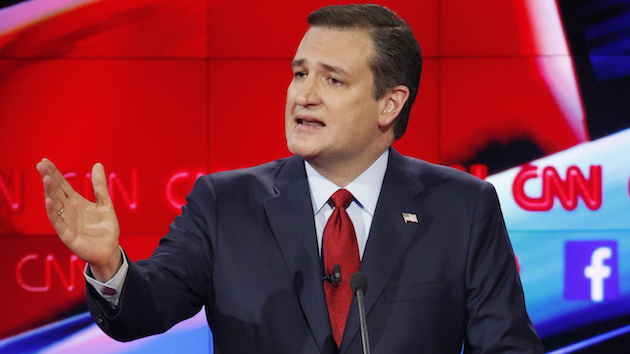 A testy exchange between Sens. Marco Rubio and Ted Cruz at Tuesday’s Republican debate turned on Wednesday into a question of whether Cruz accidentally leaked classified information in public. Sen. Richard Burr (R-N.C.), the chairman of the Senate Intelligence Committee, told reporters on Wednesday that his office was looking into whether Cruz had revealed any secrets as he defended his yes vote on a National Security Agency reform bill earlier this year.

Neither Burr nor his office specified what information Cruz may have revealed, but it’s widely believed to be Cruz’s claim that the USA Freedom Act, an NSA reform bill passed in May, would actually expand the reach of intelligence. Whether or not the information is classified, however, it was already known to the public, thanks to government officials including Michael Hayden, the retired Air Force general who ran both the CIA and the NSA during his career.

Rubio attacked Cruz for voting for USA Freedom, which ended the NSA’s mass collection of phone records and replaced it with a system that requires the NSA to get a federal judge’s approval to get data from phone companies. Cruz responded that the new system would actually make more records open to the NSA. “The old program covered 20 percent to 30 percent of phone numbers to search for terrorists,” he said. “The new program covers nearly 100 percent.”

That lines up with what Hayden said during an appearance on CBS’ Face the Nation on March 30, 2014, when Hayden appeared on the show with former CIA deputy director Michael Morell and others to discuss national security issues. Morell was a member of a panel convened in 2013 by President Barack Obama to review intelligence collection, and that group recommended the end of bulk metadata collection in favor of the new system. Hayden agreed with the move for the same reasons Cruz gave. “Over time, the percentage of overall billing records the NSA was retrieving got smaller and smaller,” he told host Bob Schieffer. “Michael [Morell]’s panel pointed out that they’re only getting about a third, if that, just because of changes in technology. The NSA gets to query the data…in an exhaustive way, not that one-third they’ve formerly gotten.”

The Washington Post cited unnamed US government officials in an article in February 2014 who made the same claim of a 30 percent collection rate as Cruz, noting that “the government is taking steps to restore the collection—which does not include the content of conversations—closer to previous levels.”

The information may still be classified: Making a secret public doesn’t change its classified status as far as the government is concerned. But if Cruz supposedly put national security at risk over his comments last night, he was far from the first to do so.

Update, 12/16/15, 4:55 pm: Sens. Burr and Dianne Feinstein, the ranking member of the Senate Intelligence Committee, said in a statement on Wednesday afternoon that “the Committee is not investigating anything said during last night’s Republican Presidential debate.”