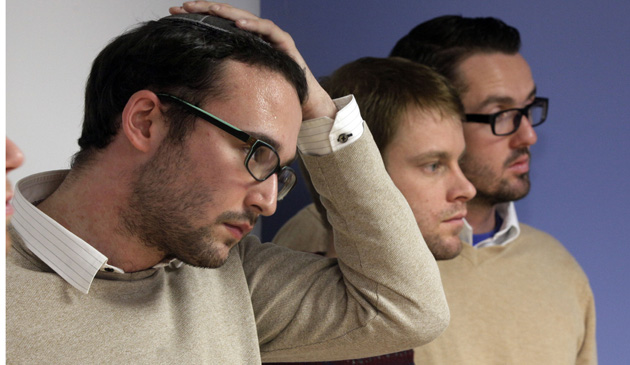 A so-called “gay conversion therapy” group in New Jersey has agreed to permanently close its doors after losing a landmark court battle this summer.

As Mother Jones reported, a jury determined in June that Jews Offering New Alternatives for Healing, or JONAH, had violated state consumer fraud law by claiming it could help change clients’ sexual orientations from gay to straight. It was the first case in the nation to challenge conversion therapy as consumer fraud.

The plaintiffs—including three of the organization’s former clients—said therapists recommended by JONAH had subjected them to humiliating treatments, including stripping in front of a therapist and reenacting scenes of past sexual abuse during group therapy sessions.

On Friday, Judge Peter F. Bariso Jr. granted a permanent injunction after both sides reached a settlement requiring JONAH to cease operations, permanently dissolve as a corporate entity, and liquidate all its assets.

“The end of JONAH signals that conversion therapy, however packaged, is fraudulent—plain and simple,” David Dinielli, deputy legal director for the Southern Poverty Law Center, said in a statement. The center filed the lawsuit on behalf of the plaintiffs.

Michael Ferguson, one of the plaintiffs, added, “Gay conversion therapy stole years from my life, and nearly stole my life. My hope is that others can be spared the unneeded harm that comes from the lies the defendants and those like them spread.”

Conversion therapy has been rejected by major health organizations, including the American Psychiatric Association, which in 1973 removed homosexuality from the list of disorders in its Diagnostic and Statistical Manual of Mental Disorders. Last year, a transgender teen committed suicide in Ohio after participating in conversion therapy, inspiring a campaign for a federal ban on the practice. New Jersey, California, and Washington, DC, have laws banning licensed conversion therapists from working with minors.

In a pretrial decision in February, Judge Bariso wrote, “The theory that homosexuality is a disorder is not novel—but like the notion that the earth is flat and the sun revolves around it—instead is outdated and refuted.”