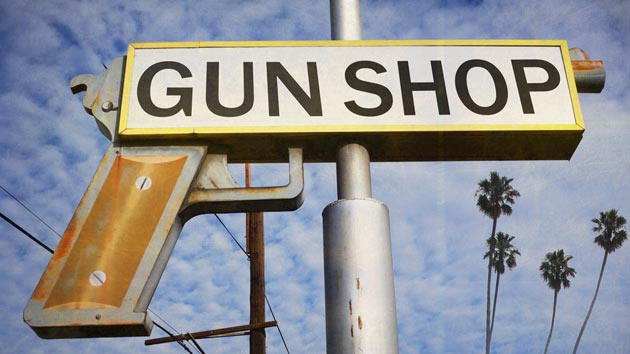 After multiple shootings across the country in the past week, including a mass shooting in San Bernardino, California, that killed 14 people, a Missouri state lawmaker decided to take a provocative approach toward gun control. State Rep. Stacey Newman, a Democrat, prefiled a bill this week for the next legislative session that, if passed, would subject potential gun buyers to the same rigmarole of restrictions—a 72-hour waiting period, an explanatory video, a doctor meeting, a facility tour, reviews of photographs, and more—that are already imposed on or have been proposed for Missouri women seeking abortions.

The bill also requires gun purchasers to watch a 30-minute video about firearm injuries, to tour an emergency trauma center at an urban hospital on a weekend night, when rates of gun-shot victims are high, and to meet with two families who have experienced gun violence and two local faith leaders who have officiated a funeral recently for a child killed by gun violence.

This symbolic bill is reminiscent of the trend that cropped up several years ago, when legislators across the country filed tongue-in-cheek measures proposing restrictions on vasectomies corresponding to state abortion restrictions. None of those measures passed, and Newman’s bill is also virtually guaranteed to fail in Missouri’s Republican-controlled legislature. Newman’s intent is to highlight the high hurdles to getting an abortion in Missouri relative to the lack of accountability required for buying a gun.

“If we truly insist that Missouri cares about ‘all life’, then we must take immediate steps to address our major cities rising rates of gun violence,'” Newman told St. Louis magazine. “Popular proposals among voters, including universal background checks and restricting weapons from abuser and convicted felons, are consistently ignored each session. Since restrictive policies regarding a constitutionally protected medical procedure are the GOP’s legislative priority each year, it makes sense that their same restrictions apply to those who may commit gun violence.”