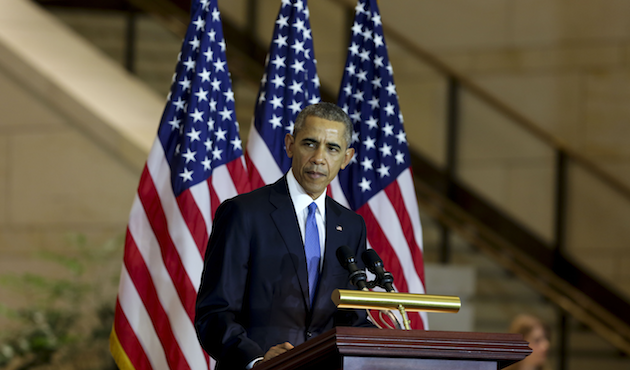 White House advisers are set to unveil a plan to expand background checks on gun sales without congressional approval, the Associated Press reported Thursday afternoon. The plan will include steps to close the “gun show loophole,” which permits the sale of guns while background checks are still pending.

President Barack Obama reportedly requested that his aides draft the plans in the wake of the shooting at a community college in Oregon back in October. Throughout his presidency, Obama has expressed frustration with Congress for its failure to enact tougher gun safety legislation—despite increasing calls from the public to do so.

On Thursday, Connecticut became the first state to bar people listed on federal terrorism lists from purchasing weapons. Days after the terrorist shooting in San Bernardino, California, the president spoke from the Oval Office on Sunday, urging lawmakers to pass similar bans and calling the measure a “matter of national security.”

“Congress should act to make sure no one on a no-fly list is able to buy a gun,” Obama said. “What could possibly be the argument for allowing a terrorist suspect to buy a semi-automatic weapon?”

“Like all Americans, I have been horrified by the recent terrorist attacks in San Bernardino and Paris,” Connecticut Gov. Dannel Malloy said. “This should be a wake-up call to all of us. This is a moment to seize in America—and today I’m here to say that we in Connecticut are seizing it.”