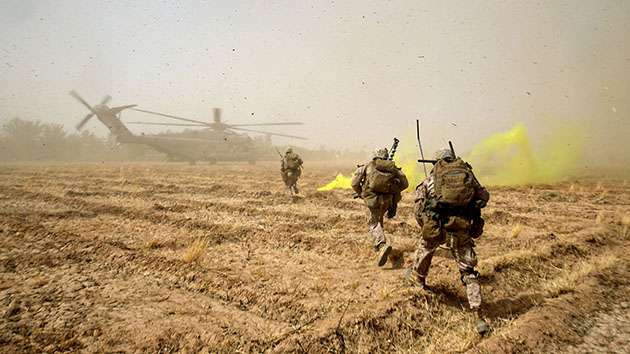 Secretary of Defense Ash Carter said on Tuesday that the United States is willing to add more soldiers to its small but controversial deployment of special operations troops in Syria—and allow soldiers stationed across the border in Iraq to conduct raids into the country.

The administration announced last month that it was sending a group of fewer than than 50 special operations soldiers to northern Syria to work with the Kurdish-Arab opposition forces fighting ISIS. Carter said those soldiers had produced better intelligence, helped ramp up airstrikes against ISIS, and aided the opposition forces in making important gains. “Where we find further opportunity to leverage such capability, we are prepared to expand it,” he told the House Armed Services Committee at a hearing on Tuesday.

Carter said the United States would deploy a “special expeditionary targeting force” to Iraq that would conduct raids to kill or capture ISIS leaders and create a “virtuous cycle of better intelligence which generates more targets, more raids, and more momentum” against the terrorist group. While the force would be based in Iraq, Carter pointed out that such soldiers would be able to strike into neighboring Syria, where the Defense Department says special operations soldiers aren’t yet taking part in combat. “This force will also be in a position to conduct unilateral operations into Syria,” he said. “The enemy doesn’t respect boundaries. Neither do we,” added Marine Gen. Joseph Dunford, the chairman of the Joint Chiefs of Staff who was testifying alongside Carter.

While neither Carter or Dunford provided more details on the targeting force at the hearing, the rough outline sounded much like the special operations machine that conducted daily raids and intelligence gathering on Al Qaeda fighters and other insurgents during the Iraq War.

Carter also called out the international community for inaction in Syria. “We all—let me repeat, all—must do more,” he said. He praised a “galvanized” France for its airstrikes against ISIS following the terrorist attacks in Paris, but attacked Russia’s air campaign in support of the Syrian government and pointed out that Persian Gulf countries have barely taken part in airstrikes by the coalition against ISIS in months.

“American leadership is essential,” he said. “But the more contributions we receive from other nations, the greater combat power we can achieve.”