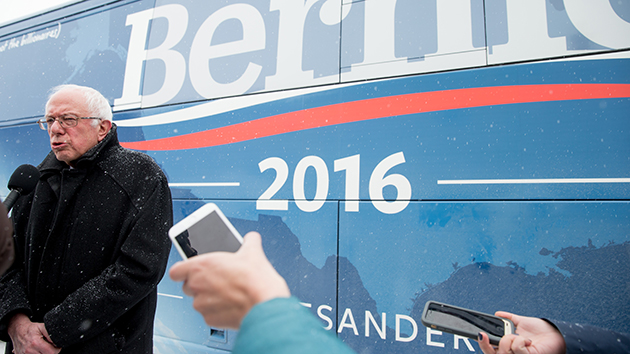 Whoa, if true! On Thursday, Bernie Sanders declared that the Supreme Court would overturn Citizens United if he is elected president.

Any Supreme Court nominee of mine will make overturning Citizens United one of their first decisions.

Except that’s not how the Supreme Court works. Justices don’t get to pick which issues or cases come their way. Only after a case is appealed to the Supreme Court can the justices decide to hear the case. There is no way for Sanders’ Supreme Court picks to decide that overturning Citizens United, the 2010 campaign finance decision that fueled the rise of super-PACs, will be one of their first acts on the bench, even if they really, really want it to be.

Update: Sanders campaign spokeswoman Symone Sanders sent the following note explaining the tweet: “That tweet was worded oddly. The senator often speaks about appointing justices that believe in overturning citizens united and who would do so if the opportunity arose. That is what this was referring to.”