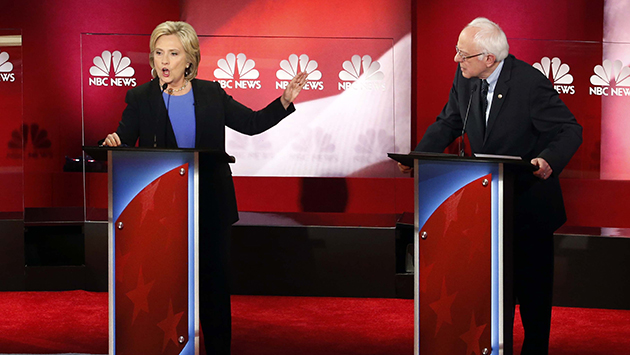 The Hillary Clinton campaign on Thursday unleashed a new line of attack against Bernie Sanders with a video critiquing the senator from Vermont’s approach to handling ISIS. The move comes as poll numbers show him closing in on Clinton in Iowa and besting her in New Hampshire.

In the video, Clinton’s top foreign policy adviser, Jake Sullivan, speaks directly to the camera and explains that Clinton disagrees with Sanders when it comes to ISIS and Iran. “I have the greatest respect for Sen. Sanders,” Sullivan says calmly. Then he adds that Sanders’ ideas on national security matters “just don’t make sense.”

With a professorial tone, Sullivan analyzes three statements that Sanders has made: that there should be more Iranian ground troops in Syria, that Iran and Saudi Arabia should form a coalition to fight ISIS, and that the United States should seek to “agressively…normalize relations with Iran.” Sullivan asserts, “When you look at all of these ideas, it’s pretty clear that he just hasn’t thought it through.”

This measured attack is a shift from the campaign’s recent slam on Sanders’ “Medicare-for-all” health care plan. That assault, which led Chelsea Clinton to allege that Sanders would leave millions of people without coverage, was widely criticized within the political press. Vox‘s Ezra Klein wrote that the Clinton campaign was “indulging its worst instincts” and had “blundered into a dumb attack.” (Klein has also criticized Sanders’ health care plan as policy.)

By putting Sullivan in front of the camera—and on a conference call with reporters Thursday afternoon to discuss the video—the campaign frees Clinton from mounting this attack herself and coming across as excessively critical of her popular opponent. The video also plays up Clinton’s strengths (her foreign policy experience and readiness for office) while zeroing in on one of Sanders’ presumed weaknesses (his lack of focus on foreign policy). It also seeks to focus the foreign policy conversation on topics other than the one where she’s received the most criticism from Democrats: her 2003 vote in favor of the Iraq invasion.

Up to now, the Clinton campaign’s anti-Sanders efforts have focused on differences between Sanders and Clinton on health care and gun safety issues. Now, in the home stretch before the Iowa caucuses and New Hampshire primary, Clinton appears to be adding foreign policy to her core critique.