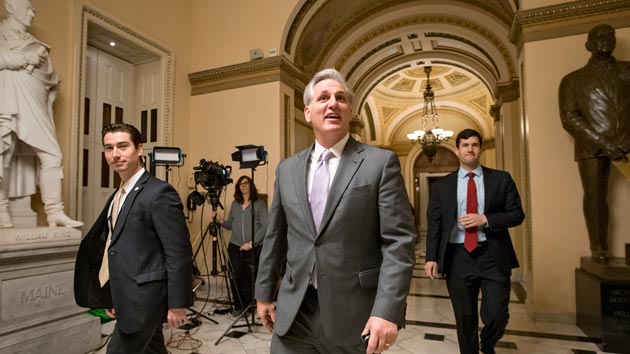 On Wednesday afternoon, the House voted to approve a bill that would pull about $450 million in federal funding from Planned Parenthood. The bill—passed by the Senate late in 2015—will now head to President Obama’s desk. This will mark the first time a bill defunding Planned Parenthood has made it to the president’s desk in more than 40 years. This is the eighth time Congress has voted to defund Planned Parenthood in the last year.

Wednesday’s vote reflected the deep partisan divide on these issues: All but three Republicans voted in favor of the bill, and all but one Democrat voted against it. Federal law already prohibits using Medicaid or other federal funds for almost all abortions, so this bill would prevent patients from using their Medicaid coverage at Planned Parenthood for other healthcare services—like cervical cancer screenings, tests for sexually transmitted diseases, or contraceptive services.

Obama has already vowed to veto any legislation that would defund Planned Parenthood, but congressional Republicans are encouraged by the symbolism of sending this bill to the White House. They’re also already planning a veto override vote for later in January. To successfully override a presidential veto, both the Senate and the House would need a two-thirds majority.