Twenty-five years ago, former President George H.W. Bush took to the airwaves to announce the launch of what is now known as Operation Desert Storm, a US-led military operation to drive Saddam Hussein’s forces out of Kuwait. “Just two hours ago, allied air forces began an attack on military targets in Iraq and Kuwait,” Bush said on the evening of January 16, 1991. “These attacks continue as I speak.” For five weeks, coalition forces bombarded Iraqi positions from the air and sea. When a ground invasion followed in February, it took only 100 hours to drive Iraqi forces out of Kuwait.

Operation Desert Storm marked a shift in how Americans experience combat when the US military deploys in far-flung countries. For the first time, the beginning of a conflict played out on live TV, and viewers could “watch the war” from the comfort of home as it unfolded.

It was billed as a smashing success: an “accurate” bombing campaign, followed up by a swift, four-day ground assault that led to Iraq’s expulsion from Kuwait and a ceasefire. Then again, how does one define success in Iraq? Coalition losses reached the hundreds, while Iraqi troop deaths reached into the tens of thousands, and another 2,000-plus civilians were killed.

The anniversary of Operation Desert Storm is a reminder of the unfinished history of the United States at war in Iraq. After all, here we are 25 years later, still dropping bombs there.

Here is a collection of images from the first Gulf War. 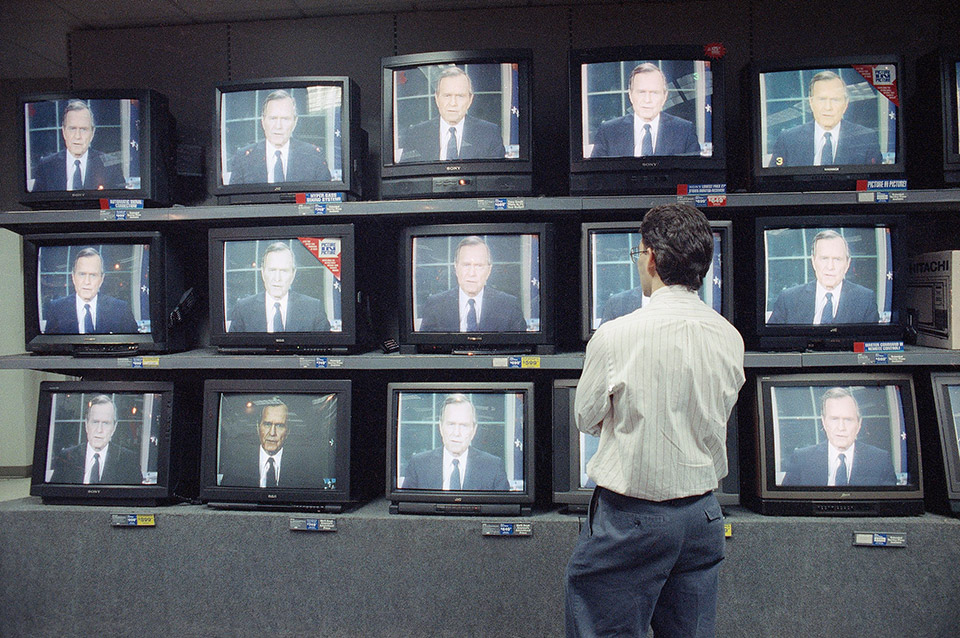 CNN took Desert Storm as a moment to show the power of what a 24-hour news channel could do. 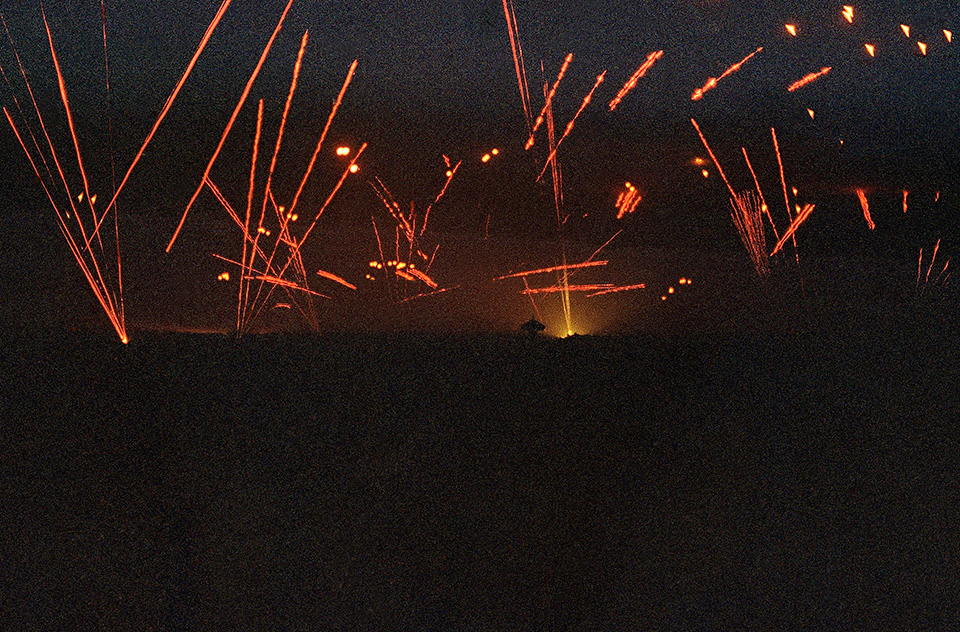 Iraqi anti-aircraft fire is launched on January 18, 1991, from Baghdad in response to a US and allied aircraft attack on the city. Dominique Mollard/AP 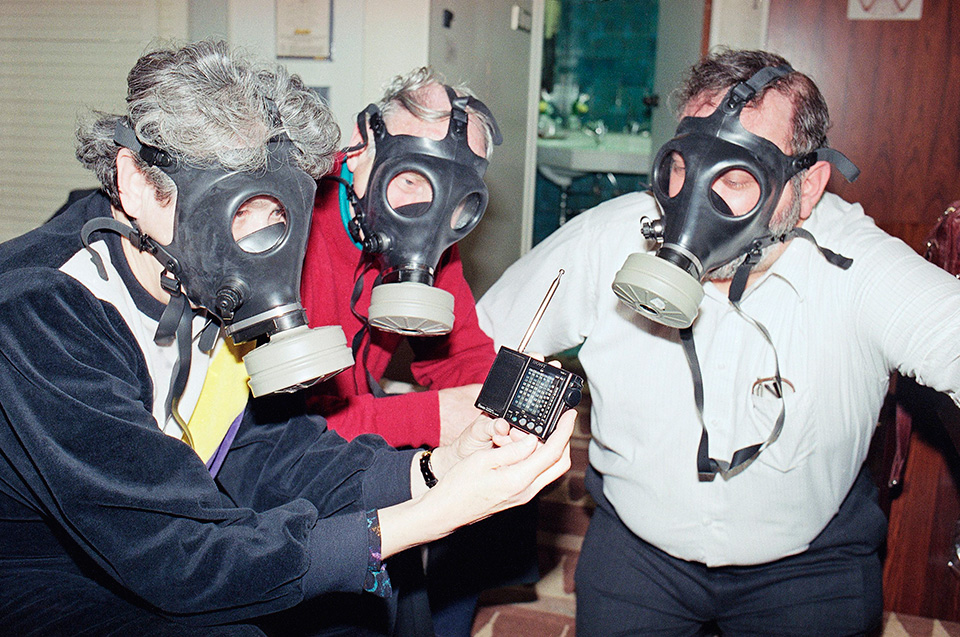 Three US nationals wearing gas masks listen to a news broadcast on a short-wave radio as Iraqi Scud missiles hit the city on Friday, January 18, 1991, in Tel Aviv. People in the city spent most of the night on full alert for a gas and chemical warfare attack. Martin Cleave/AP 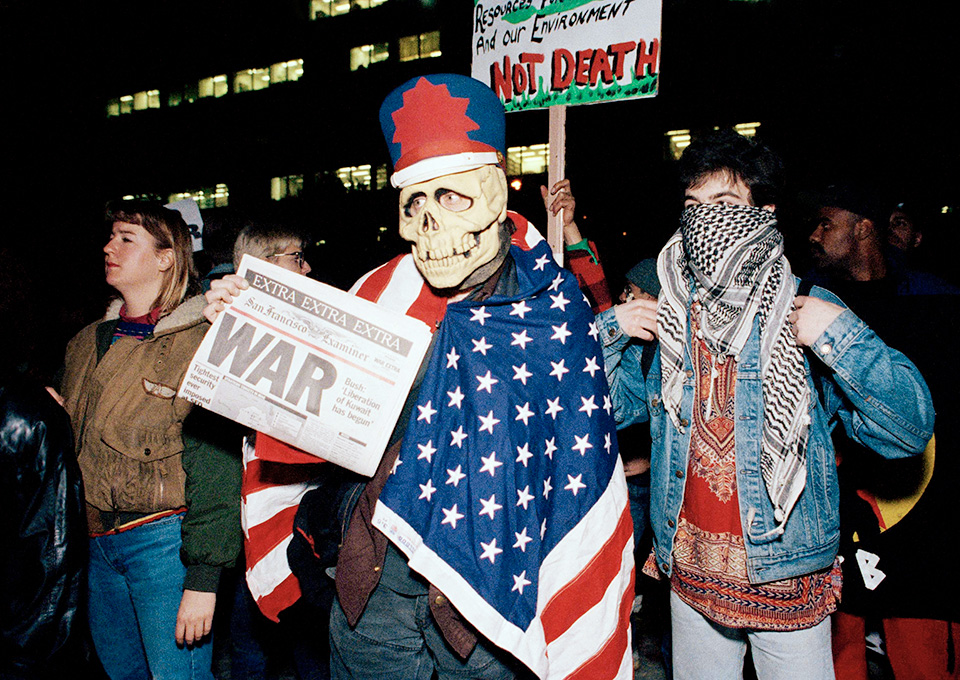 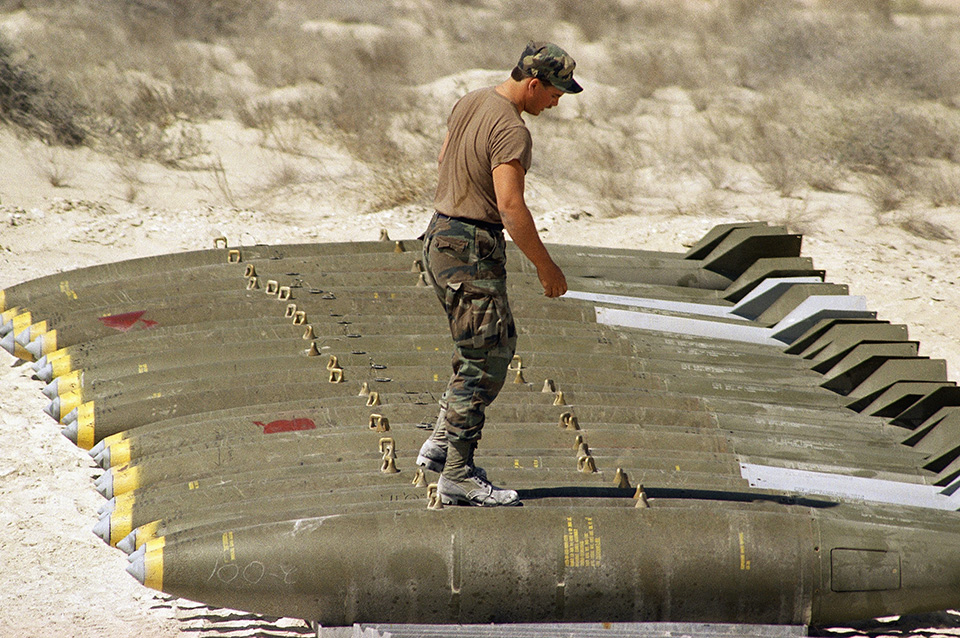 Senior Airman Richard Phillips of Mobile, Alabama, steps along a line of 2,000-pound bombs at a US airbase on the Saudi Arabian Peninsula. AP 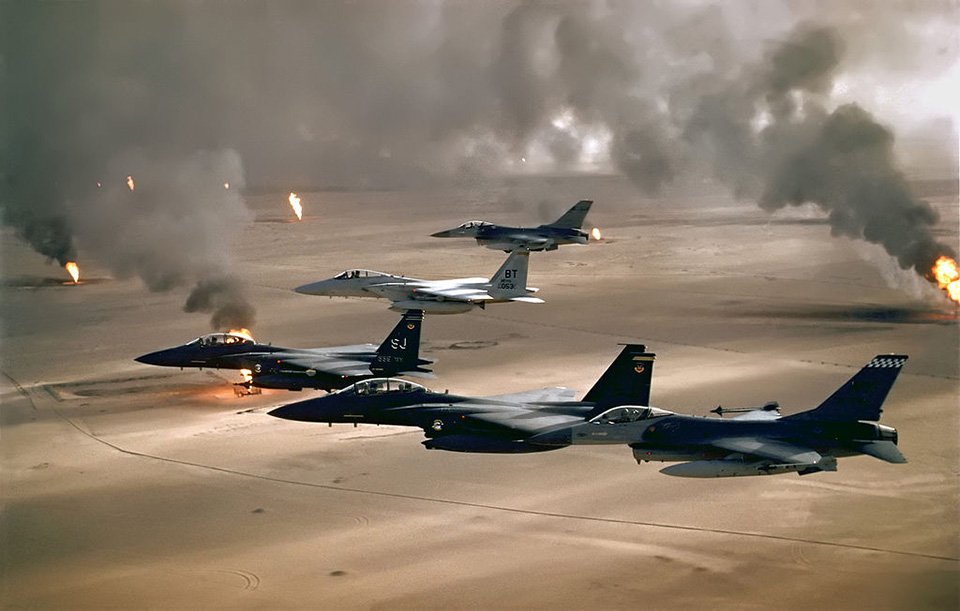 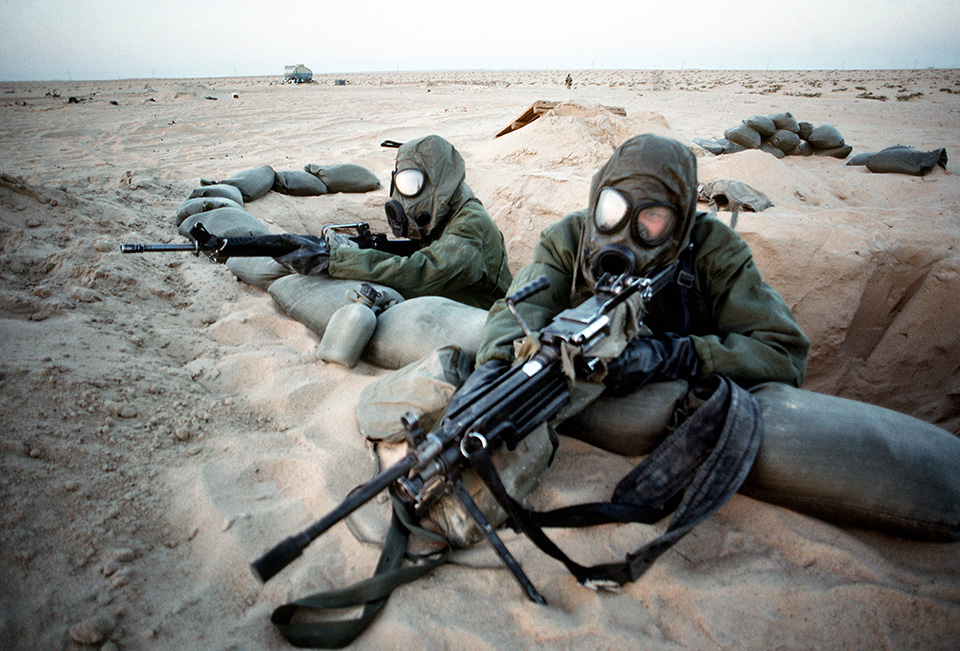 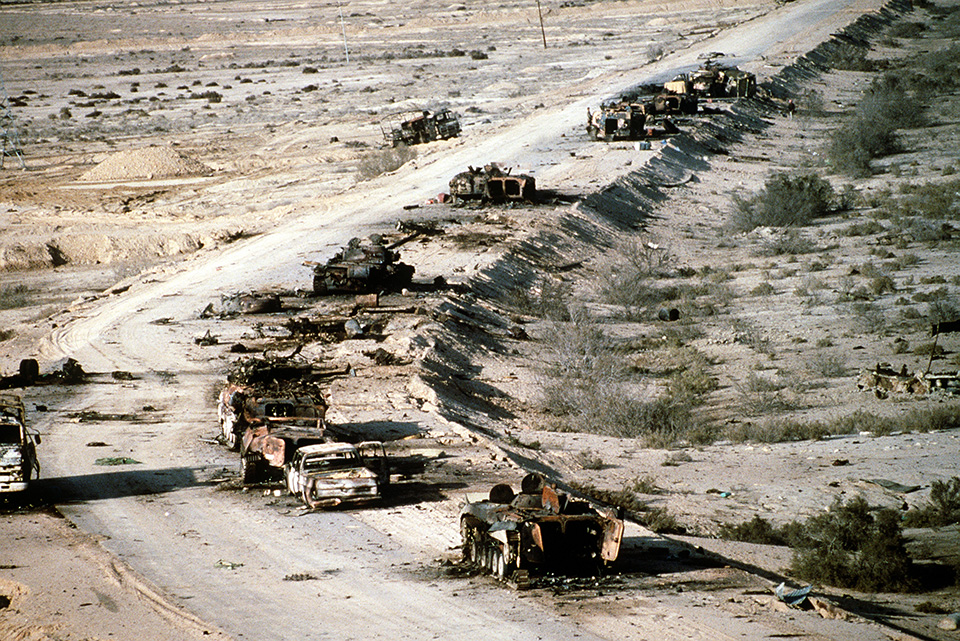 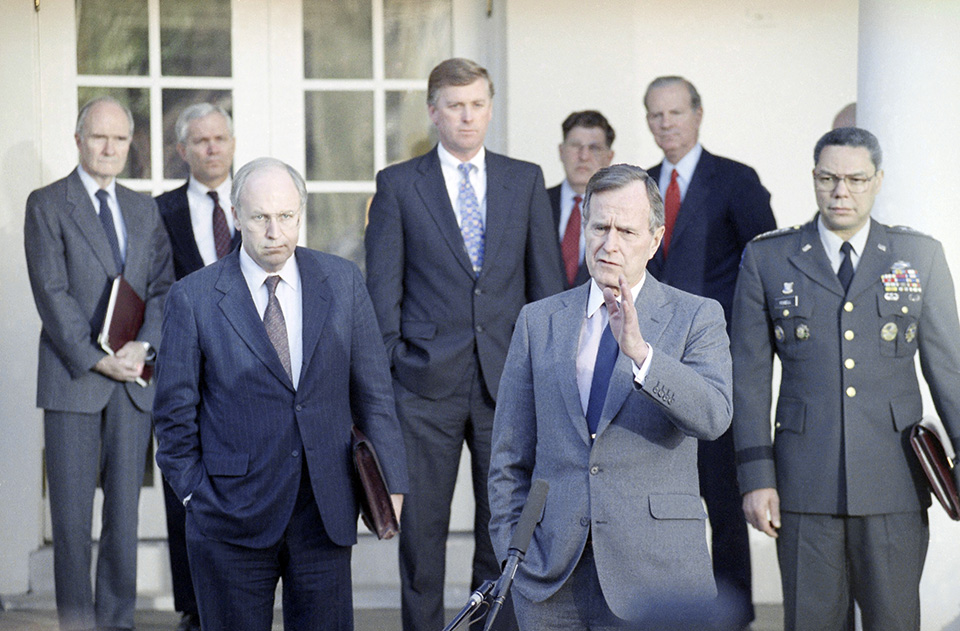 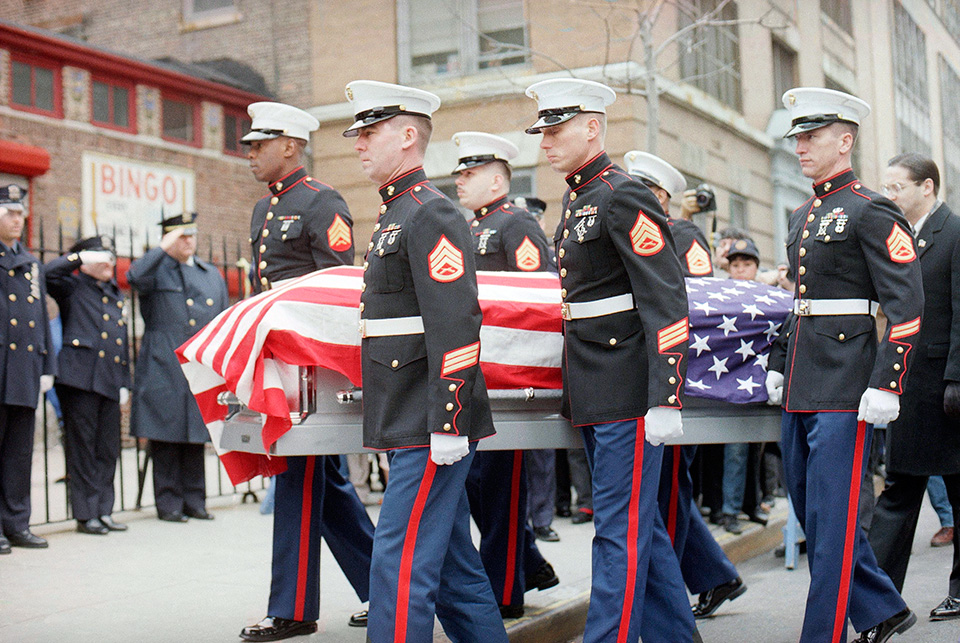 A US Marine honor guard carries the casket bearing the remains of Marine Captain Manual Rivera Jr. outside St. Anselm’s Roman Catholic Church in the Bronx borough of New York. Rivera was killed when a Harrier jet he was flying crashed on a training mission in the Persian Gulf. Mark Lennihan/AP 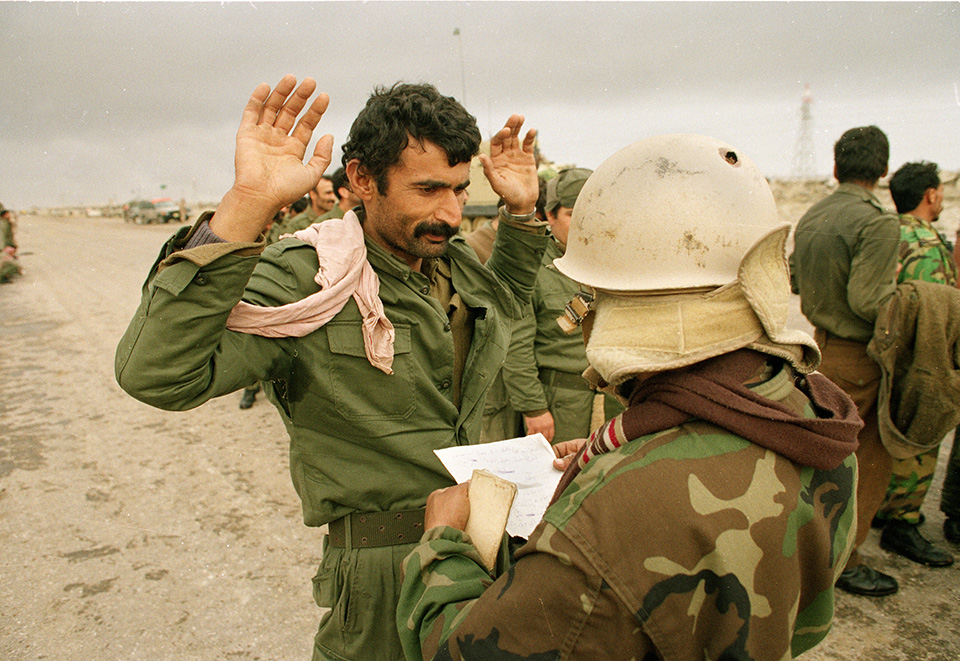 An Iraqi prisoner waits with his hands up while a Saudi trooper inspects papers at an Iraqi bunker complex in southern Kuwait. The coalition advance, and massive surrenders by Iraqi troops, continued throughout the second full day of Operation Desert Storm’s ground warfare in the Gulf War. Laurent Rebours/AP 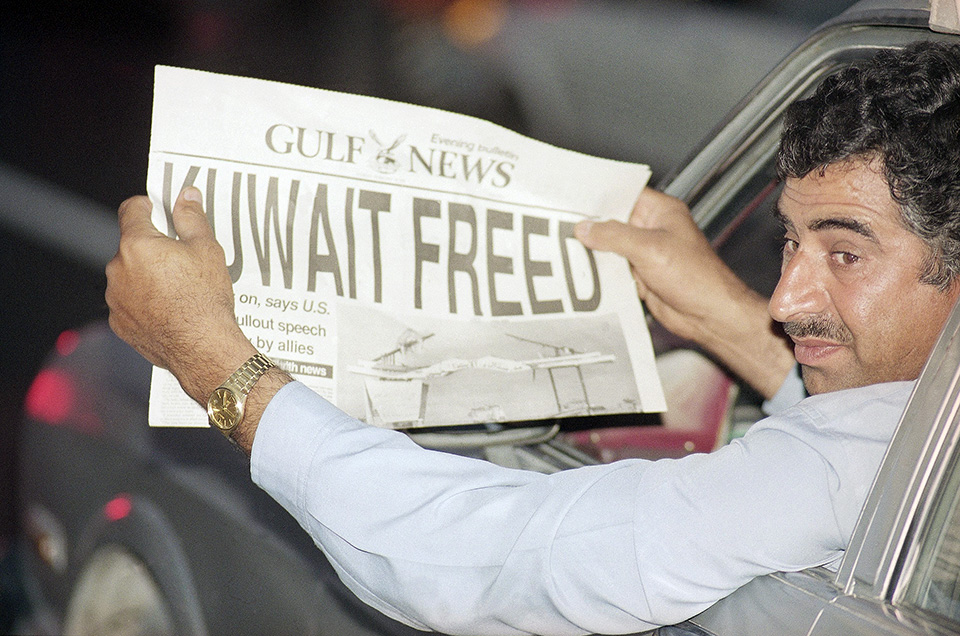 A motorist in Dubai in the United Arab Emirates holds a special afternoon edition of Gulf News, published in response to Saddam Hussein’s Tuesday announcement on Baghdad Radio of the withdrawal of Iraqi forces from Kuwait on February 27, 1991. Gill Allen/AP 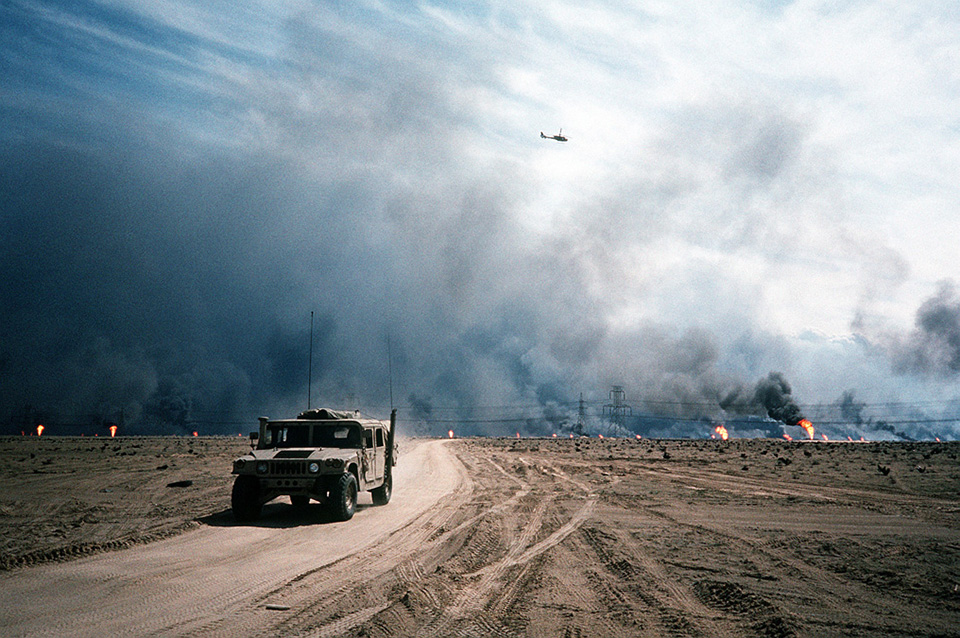 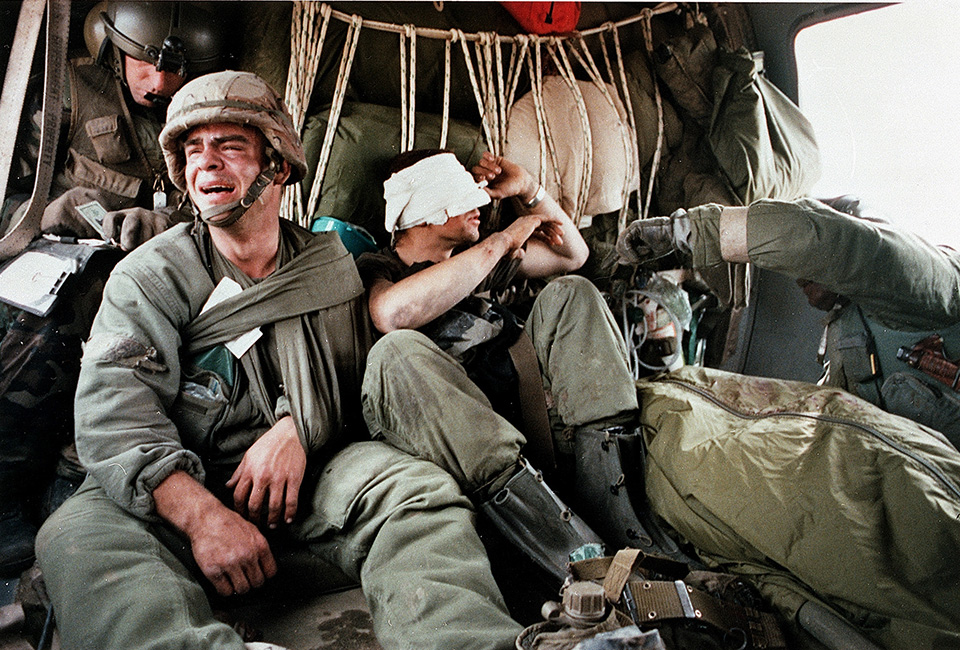 A wounded Ken Kozakiewicz, left, cries after being given the dog tags and learning of the death of a fellow tank crewman, body bag at right. The widely published photo came to define the Persian Gulf War for many. At right is wounded comrade Michael Santarakis. The soldiers were from the 24th Mechanized Infantry Division. David Turnley/DOD Pool/AP 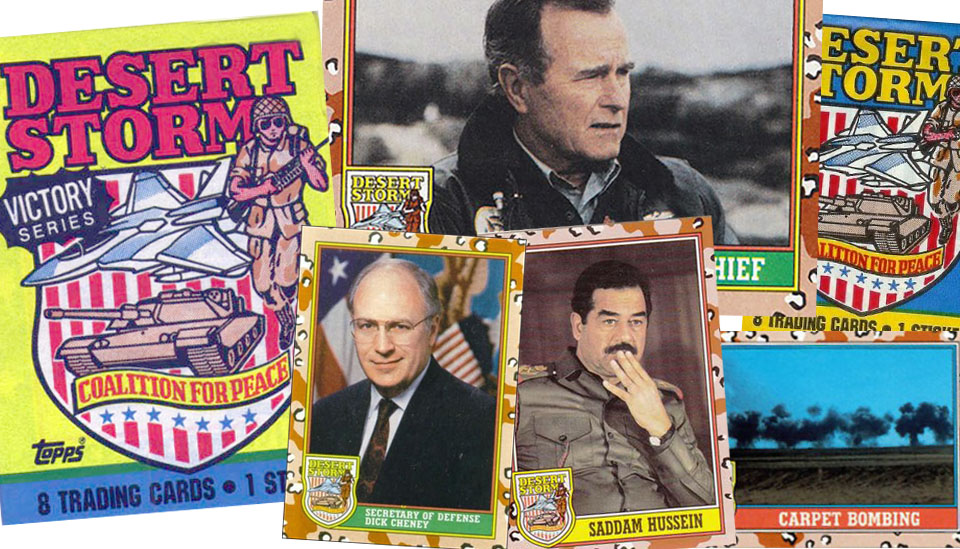