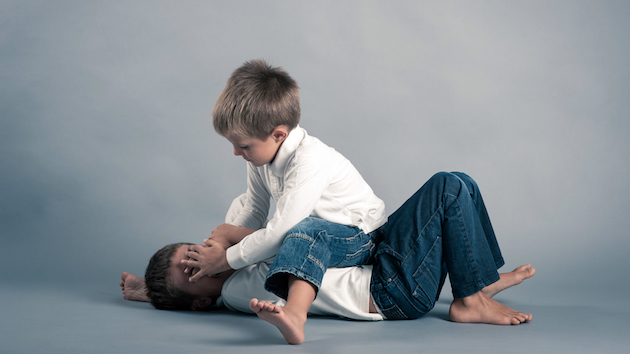 The bromance is over.

Once Donald Trump and Ted Cruz complimented each other and spoke of mutual respect, an island of civility in the rancorous GOP primary. But that was before Cruz pulled even with Trump in Iowa and the mogul launched a birther attack on the Texas senator, repeatedly questioning whether Cruz—who was born in Canada—is eligible for the presidency.

This isn’t the first time Trump has turned on Cruz, but this time Cruz is fighting back. In interviews on Tuesday, Cruz questioned the businessman’s competence and said he “embodies New York values,” essentially branding the Donald as an out-of-touch Yankee. Princeton- and Harvard-educated Cruz’s retaliation comes just in time for a clash with Trump at tomorrow’s Republican presidential debate in South Carolina.

Cruz has been working hard to woo Trump and his supporters, who are a natural fit for Cruz’s own virulent conservatism. The strategy appears to have worked: In a recent Wall Street Journal/NBC News poll, two-thirds of Trump supporters said they would consider voting for Cruz.

But Trump’s attacks on Cruz have risen along with the Texas senator’s polling numbers, and, taking a page out of the unsuccessful attacks on Obama, Trump has started tweeting.

Sadly, there is no way that Ted Cruz can continue running in the Republican Primary unless he can erase doubt on eligibility. Dems will sue!

Cruz at first dismissed the claims. But that was before Laurence Tribe, who was once his Harvard law professor, wrote in the Boston Globe that Cruz’s reading of the presidential eligibility clause of the Constitution was at odds with his usual originalism. Cruz’s campaign fired back with a memo Tuesday accusing Tribe of “flip-flopping” on the issue and then started in on Trump.

In an interview on Boston radio station WRKO, Cruz questioned Trump’s ties with Hillary Clinton, saying, “She and Donald know each other well, and I do think it’s interesting that Hillary Clinton’s key supporters are doing everything they can to echo Donald’s attacks on me.”

In a further jibe, Cruz told conservative radio host Hugh Hewitt that he—unlike Trump—doesn’t get his information on national security from “the Sunday shows.”

Another reason to watch Thursday’s debate.