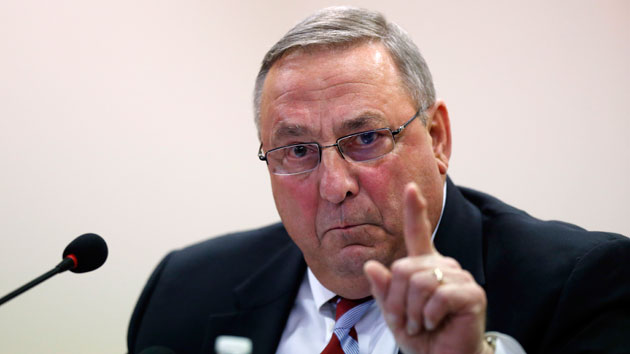 Maine Republican Gov. Paul LePage told a town hall audience on Wednesday that heroin use is resulting in white women being impregnated by out-of-state drug dealers with names like “D-Money.”

LePage was asked by an attendee to explain what he was doing to curb the heroin epidemic in his state. “The traffickers—these aren’t people that take drugs,” he explained. (You can watch the exchange beginning at the 1:55:00 mark.) “These are guys with the names D-Money, Smoothie, Shifty—these types of guys—that come from Connecticut and New York; they come up here, they sell their heroin, then they go back home. Incidentally, half the time they impregnate a young, white girl before they leave, which is a real sad thing because then we have another issue that we’ve got to deal with down the road.”

State legislators may attempt to impeach the governor as early as next week, over charges that he threatened to block funding from a charter school if it hired a political rival.

Update: LePage says his comments have nothing to do with race: