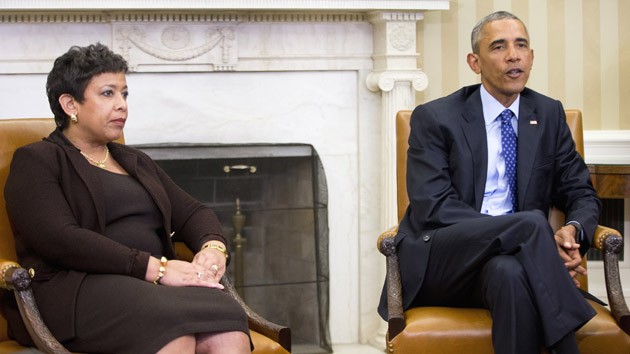 One executive action would clarify existing law that anyone “engaged in the business of selling firearms”—including at gun shows and online—must be licensed and conduct background checks on gun purchasers. The White House’s fact sheet explains:

…it doesn’t matter where you conduct your business—from a store, at gun shows, or over the Internet: If you’re in the business of selling firearms, you must get a license and conduct background checks. Background checks have been shown to keep guns out of the wrong hands, but too many gun sales—particularly online and at gun shows—occur without basic background checks.

But as my colleague Mark Follman wrote Monday, that clarification won’t be enough: “Expanding background checks through a broader interpretation of current federal law still won’t close the so-called gun show loophole; hundreds of thousands of firearms will continue to be bought and sold with minimal regulation, both online and in person. Only an act of Congress could change that comprehensively.”

Other executive actions include:

Obama’s announcement comes days before he hosts a town hall meeting on guns Thursday night. The move is expected to garner pushback from opponents, especially those in a divided Congress who blocked legislation three years ago to close the so-called gun show loophole. House Speaker Paul Ryan has already warned that the president’s actions was a “dangerous level of executive overreach.”