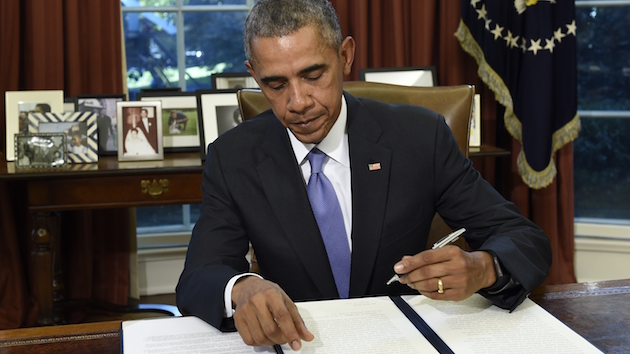 President Barack Obama on Friday vetoed a GOP-backed bill that would have fulfilled two conservative dreams all at once: to gut the Affordable Care Act, Obama’s signature health care law, and to pull funding from Planned Parenthood for a year.

The House passed the bill on Wednesday, after it squeaked through the Senate in December thanks to a special budget process requiring only 51 votes for passage instead of the usual 60. It was the 62nd time that Congress had voted on repealing or gutting the law colloquially known as Obamacare since it became law in 2010. It is also the eighth time in a year that Congress has voted on defunding Planned Parenthood.

Obama said in a statement: “The Congressional Budget Office estimates that the legislation would increase the number of uninsured Americans by 22 million after 2017…Reliable health care coverage would no longer be a right for everyone: it would return to being a privilege for a few.”

Referring to Planned Parenthood, the president noted the bill “would limit access to health care for men, women, and families across the nation, and would disproportionately impact low-income individuals.”

House Speaker Paul Ryan (R-Wis.) immediately responded with a video in which he pledges to hold a vote to override the veto, saying that “it is just a matter of time” before Obamacare is done away with. Republicans do not have enough votes in the House to overturn a presidential veto, which requires a two-thirds majority.