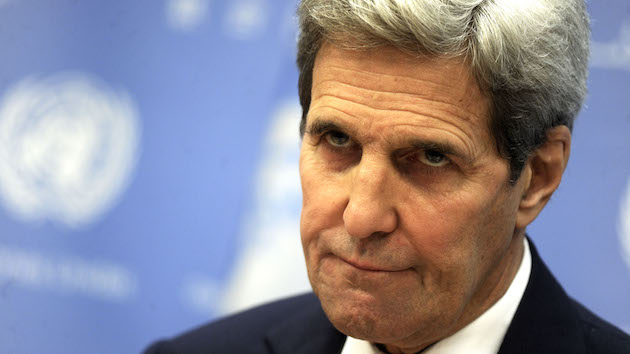 While politicians around the world are focused on ISIS and the threat of Syrian-based terrorism, the fight between the government of Bashar al-Assad and Syria’s rebel groups has continued apace, killing thousands of civilians and drawing major powers further into the fight. But despite the high cost of the civil war, it’s been two years since the two sides last negotiated—and the latest attempt at brokering a peace deal could potentially collapse before it even starts.

Talks mediated by the United Nation’s Syria envoy, Staffan de Mistura, are due to begin between the Syrian government and opposition on Friday in Geneva, but the opposition’s High Negotiations Committee, composed of dissident politicians and rebel leaders, still hasn’t confirmed that it will attend. The Syrian government must stop starving civilians, using barrel bombs, and committing other human rights violations before negotiations start, the HNC says. They argue their conditions are backed by a UN Security Council resolution, passed in December, which “demands that all parties immediately cease any attacks against civilians and civilian objects as such, including attacks against medical facilities and personnel, and any indiscriminate use of weapons.”

But starvation tactics and indiscriminate bombings by both Syrian and Russian aircraft haven’t ceased in the weeks since the resolution was passed. And without that halt, says Kenan Rahmani, a Syrian-American law student and activist who recently returned from a visit to Syria*, holding the talks is pointless. “The consensus among the activists is that President Obama has set up peace talks in order to give the illusion that this administration is seeking a resolution in Syria,” Rahmani says. “But the reality is that the conditions aren’t being met in order to have successful talks.” While the Obama administration has pushed for the Assad government to step down, many activists believe the United States hasn’t done nearly enough to offer military support to rebels or pressure the Syrian government and its allies to end the war.

Rahmani believes the opposition’s negotiating team feels the same way he does. “There’s a majority of them who are saying if the very basic confidence-building measures which were built into the UN resolution…can’t even be met then there’s really nothing to gain by going,” Rahmani says. “There actually could be something to lose, which would be their credibility in front of the Syrian people.”

Even if both sides come to the tables—tables plural, since neither side will yet agree to even sit in the same room with the other, meaning the talks would start with de Mistura shuttling messages between the government and opposition teams—there seems to be little prospect that they can agree on basic issues. The opposition says the Assad regime must give up power as part of any peace settlement, but the Syrian government and its backers, Russia and Iran, still reject that condition. And because the regime has made major military gains since Russia intervened in the war in September, there appears to be no reason they’ll relent anytime soon.

“Momentum has flipped from the opposition side to the regime side, so of course that’s going to strengthen the negotiating hand of the regime and its backers,” says Noah Bonsey, a senior Syria analyst for International Crisis Group, a conflict monitoring organization. “They’re obviously not going to be in any hurry to negotiate seriously, let alone push the regime to make very difficult concessions.”

But Bonsey says there are still glimmers of progress. During the last round of peace talks, held almost exactly two years ago, the Western-backed political opposition had little standing or support from the actual groups on the ground fighting the Assad regime. This time, the High Negotiating Council has the backing of mainstream Syrian rebel units, which created the body during a conference in Saudi Arabia in December. “If there’s ever going to be a political process that goes anywhere, the mainstream non-jihadi armed groups, including major Islamist groups, are going to have to be involved in those negotiations,” Bonsey says. “It’s a positive step that a body exists that can begin to fill that role.”

And there is always the possibility, however unlikely, that negotiators can forge an innovative compromise. All the outside players in the conflict, including Russia and Iran, have signed onto the 2012 Geneva Communiqué that says the war must be ended with a firm timetable leading to a “new constitutional order” that is open and representative. But the communiqué does not say whether the Assads would be barred from participating in any transition process or new government. That means there could still be options that would theoretically satisfy everyone. “Negotiations could configure and install a transitional governing body—created on the basis of mutual consent, exercising full executive power, and excluding regime (family and entourage) figures for the sake of peace and national unity—while permitting Assad to retain, until national elections, the presidential title and all immunities (perhaps extended indefinitely on an emeritus basis) pertaining thereto,” suggested Fred C. Hof, a former special adviser for transition in Syria at the State Department, in an opinion piece for the Huffington Post this week.

But for now, Kenan Rahmani, the Syrian activist, holds out little hope that anything will be achieved either in Geneva or until President Barack Obama leaves office. “Syrians are anxiously awaiting January 2017,” he says, “and they are wondering if a future president would actually be able to end their suffering—or if it’s just that no one at all cares.”

Correction: An earlier version of this article said that Kenan Rahmani is the current executive director of the Syrian-American Council, a pro-opposition grassroots group. Rahmani no longer holds that position, and the reference has been removed.