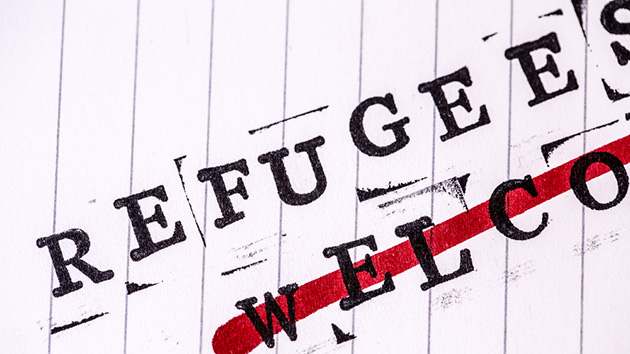 In the days following the San Bernardino terrorist attack, more than half of America’s governors said their states would refuse to accept Syrian refugees. Since then, the political battle over the placement of refugees has shifted to statehouses. In the past two months, bills designed to restrict the flow of refugees have been introduced in at least 12 states, from Arizona to Virginia.

None of the bills have passed yet; some have already failed in Virginia, South Dakota, Michigan, and Mississippi. And so far 109 Syrian refugees have been placed in the 31 states whose governors said they didn’t want any. Here’s a look at where some of the legislative efforts to block refugees currently stand.

The bill: The “Prevention of Acts of War” bill, which has been steadily moving through the Republican-controlled Florida House, is one of the most sweeping anti-refugee bills being considered. It would empower Gov. Rick Scott to order the police and National Guard to keep out refugees from any country where a terrorist organization operates, including Syria. State officials and anyone who has received state funds within the past five years would be prohibited from helping integrate those refugees. The bill would also force refugee resettlement organizations to submit personal information about the refugees they’re helping—including fingerprints—and the state would be authorized to monitor “certain” refugees, including those from a country where a terrorist organization operates or where “invaders or prospective invaders” are known to operate.

What its supporters say: The text of the bill asserts that ever since 9/11, Florida “has remained under imminent threat of the surreptitious invasion of foreign persons intending to conquer or violently destroy the way of life for the citizens of the United States.”

Status: The bill must pass through one more committee before it goes to the House floor. Yet the state Senate has expressed little interest in it, and even if it does pass, it could be challenged in court. Scott has not taken a position on the bill but has opposed the relocation of Syrian refugees to Florida. He also called on Congress to block the federal government from spending any federal tax dollars on refugee resettlement.

The bills: Three bills have been introduced in the past month, two of which heap extra requirements onto refugee resettlement organizations. One requires that “refugee facilities” apply for a license, pay $1,000 annually to renew it, and submit to monthly inspections and annual audits. (However, Anna Greene, director of policy and advocacy for the International Rescue Committee, notes that resettlement agencies receiving federal money are already subject to rigorous scrutiny, including federal inspections and audits.) Another bill would prohibit the state from cooperating with the resettlement of refugees, including unaccompanied children, unless they have undergone a “thorough criminal history, terrorism and health background check.” (Never mind that asylum-seekers receive the most stringent vetting of any foreign national applying for entry into the United States, a process that can take up to two years.)

What their supporters say: During a House committee debate on the bill requiring extra vetting for refugees, Republican Representative Noel Campbell stated, “We have been so overrun by immigrants and illegals and people coming to this country,” adding that the nation needs a “time-out.”

Status: All three bills have passed their first committee and were referred to the House Rules Committee.

The bills: The State Senate is preparing to vote on a bill that would create an online public registry of all refugees who move to the state.* That registry would include detailed information on each refugee including names, addresses, telephone numbers, employer information, and a summary of any public assistance she has received. The bill would also block state funds from being used to resettle refugees, regardless of where they’re from. Another bill, called the Refugee Absorptive Capacity Act, would allow municipalities to request a moratorium on refugees if they determine their social services and police lack the capacity to cope with the newcomers. The bill appears to be modeled on a 2011 Tennessee law that has appeared in different incarnations in other states.

Status: Neither bill has yet to come up for a vote, but last week, the Senate agreed to schedule the tracking bill for a floor debate.*

The bill: A copycat of the Refugee Absorptive Capacity Act would also presumably give Gov. Sam Brownback the authority to halt the resettlement of refugees in the state if he determines it would have an “adverse impact” on residents. (Brownback has already tried that by issuing two executive orders banning the state from assisting in the resettlement of Syrian refugees. Nonetheless, four Syrian refugees have been resettled in Kansas this year.) Additionally, 22 Republican state representatives have sponsored a separate provision which would bar state officials from helping to resettle refugees from any country that is partly controlled by ISIS, including Syria and Iraq.

What its supporters say: Representative Jan Pauls, the head of the committee sponsoring the RACA, defended it at a hearing last week “The concern about terrorism is not related to a religious issue,” she insisted. However, she added, “The fact that you have, unfortunately, a religion that sees terrorism as approved under the religion makes it more difficult.”

Status: Both bills were referred to the Federal and States Affairs Committee earlier this month.

The bill: Another “absorptive capacity” bill identical to the Kansas proposal.

What its supporters say: Its main sponsor, state Sen. Chris McDaniel, posted on his Facebook page, “Mississippi must refuse to relocate Syrian refugees in our state. It’s time to push back.” Earlier, he declared that “of course not ‘all’ Muslims are terrorists. And yet, as Islam spreads, so does death, destruction and violence.”

Status: The bill died in committee this week.

The bill: The state legislature is considering the Refugee Resettlement Indemnification Act. It would hold refugee organizations liable for the cost of any criminal act committed by a refugee relocated to Nebraska. Its main sponsor, state Sen. Bill Kintner, wrote that the bill is meant to encourage refugee agencies to “pause and consider” whether they have thoroughly screened refugees. Refugee sponsors point out that anyone who’s been granted asylum has already been vetted by the State Department, the Department of Homeland Security, the FBI, and the National Counterterrorism Center.

What its supporters say: Kintner has argued that refugees from Muslim countries do not share American values. In an article he penned for a local newspaper, he rejected the comparison between Syrian refugees and Jewish refugees during World War II. “By World War II, German Jews had lived under Western civilization for around 150 years,” he wrote. “The reality is, Western religious and political ideas, and especially our Declaration of Independence and our Constitution, are foreign and not in sync with their laws and traditions.” On his Twitter page, Kintner retweeted a comment by the Czech president saying Muslims are “impossible to integrate into Europe.” In response, Kintner wrote, “They may not integrate into our country very well either.” (Kintner declined a request for comment.)

The status: The bill was assigned to a committee in January but has not yet come up for a vote.

The bills: A Senate resolution would direct the state attorney general to file a lawsuit challenging the federal refugee resettlement program. Other current bills would prohibit state funds from going toward resettlement and would require that the governor be provided immediately with the identity and location of any Syrian refugee relocated in the state.

What their supporters say: The proposed lawsuit is based on the premise that because the Refugee Act of 1980 requires the federal government to “consult regularly” with state governments, the state legislature must give its consent to supporting Syrian refugees. However, given that the the Refugee Act gives the federal government ultimate control over the admission of refugees, such an argument is likely a stretch.

The status: The Senate overwhelmingly approved the first resolution earlier this week. The other bills have been introduced in both the House and the Senate and were referred to committee, but neither have yet been scheduled for a vote.

The bill: Like the Kansas provision, a bill introduced into the Missouri state legislature blocks state funding from supporting Syrian refugees and even specifies that Missouri “shall not allow Syrian refugees to settle in the state.”

What its supporters say: The bill is sponsored by state Rep. Keith Frederick, who has mentioned the possibility that terrorists may sneak into Missouri disguised as refugees. Frederick was one of more than 100 Missouri legislators who co-signed a letter to Democratic Gov. Jay Nixon urging him to refuse to accept any more Syrian refugees. Frederick’s list of concerns included the risk that “terrorists” would pose as refugees to introduce “infectious agents such as Ebola.” He has also expressed concern that Syrian refugees “would seek the safety net of our social services that are in place for our own citizens” and would “worsen our debt.”

The status: The bill was introduced earlier this month but has not yet been assigned to a committee or scheduled for a vote. Gov. Nixon has resisted calls to halt the resettlement of refugees in his state.

Correction: An earlier version of this story misstated how far the bill had advanced in the legislature.