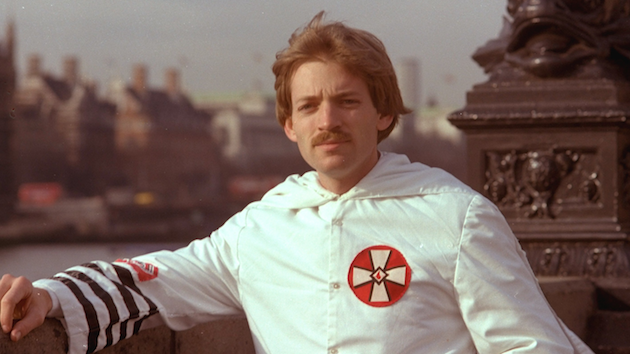 David Duke, a white supremacist and former Ku Klux Klan grand wizard, added his name to Donald Trump’s ever-growing list of racist supporters when he urged listeners of his radio show on Wednesday to volunteer to help elect the real estate magnate to the White House.

“Voting against Donald Trump at this point is really treason to your heritage,” Duke said.

Duke sought to shame his listeners into mobilizing and getting off their “rear end that’s getting fatter and fatter for many of you every day on your chairs.”

He stopped short of an official endorsement. “But I do support his candidacy, and I support voting for him as a strategic action,” he said. “I hope he does everything we hope he will do.”

While Duke did not detail exactly which of Trump’s campaign promises he was referring to, it’s safe to assume they include the Republican front-runner’s pledges to ban Muslims from entering the United States and to build a wall along the Mexican border.

Duke’s call to arms on Wednesday fits squarely into a recent analysis of Trump’s base. According to that analysis, 20 percent of his supporters think freeing slaves after the Civil War was a wrong move for the country, and 70 percent would love to see the Confederate flag flying above state grounds again.

The audio clip from Duke’s show was first reported by BuzzFeed and can be heard below: