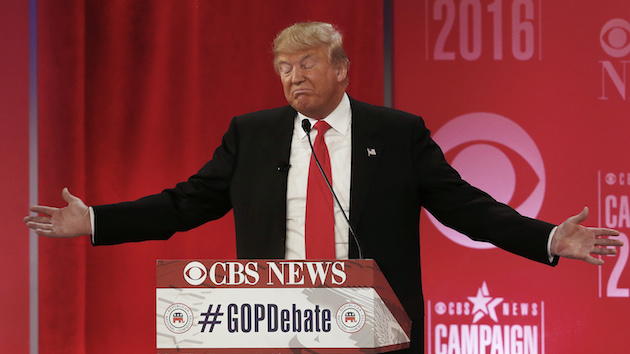 During the CBS debate in South Carolina on Saturday, GOP front-runner Donald Trump blamed former President George W. Bush for the terrorist attack on the World Trade Center on September 11, 2001.

After Florida senator Marco Rubio said that Bush had “kept us safe,” Donald Trump shot back: “How did he keep us safe when the World Trade Center came down?”

“I lost hundreds of friends, the World Trade Center came down during the reign of George Bush,” Trump said, while the crowd’s boos nearly drowned him out. “That is not safe, Marco, that is not safe,”

Trump has made this claim before, but this time Bush’s brother Jeb pushed back. “This is a man who insults his way to the nomination,” he said. “I am sick and tired of him going after my family.”

Watch the clash between the real estate mogul and Jeb Bush here: