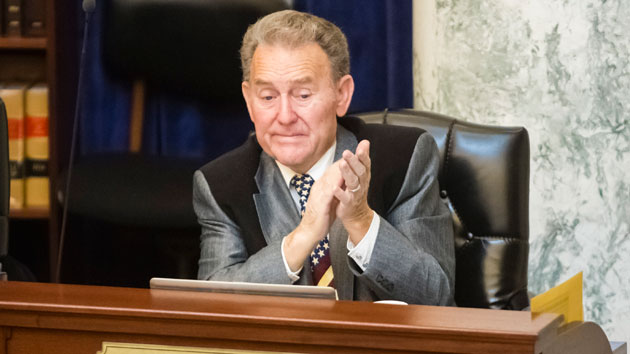 During a hearing by the Idaho House of Representatives on a bill that would require women seeking abortions to undergo an ultrasound and listen to a fetal heart monitor, Angela Dwyer, an employee at a crisis pregnancy center who testified in support of the bill, explained that in her experience, she had seen two rape victims choose not to abort—one kept the baby and the other chose adoption. The proposed legislation does not make an exception for victims of incest or rape.

Rep. Pete Nielsen responded, “Now, I’m of the understanding that in many cases of rape it does not involve any pregnancy because of the trauma of the incident.” He then added, “That may be true with incest a little bit.”

When pressed on the matter by a reporter who asked him how he knew this, Nielsen replied, “That’s information that I’ve had through the years. Whether it’s totally accurate or not, I don’t know…I’ve read a lot of information…Being the father of two girls, I’ve explored this a lot.”

Nielson’s comments echoed those of former Missouri Rep. Todd Akin, who once memorably said on a television interview, “If it’s a legitimate rape, the female body has ways to shut that whole thing down.” Akin lost his Senate bid shortly thereafter in 2012 to Sen. Claire McCaskill (D-Mo.).