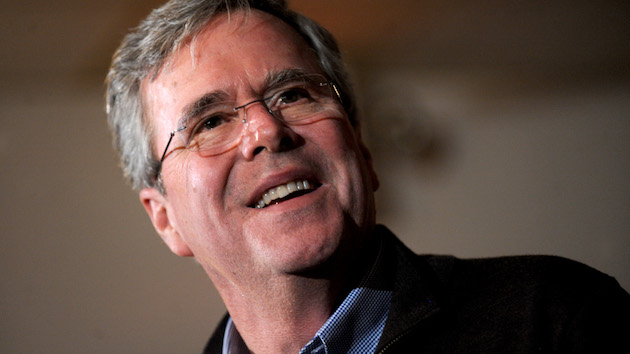 Monday night did not go well for Jeb Bush in Iowa. He placed sixth in the Republican presidential caucuses, with 3 percent support. In the whole state, this scion of a top political dynasty attracted only 5,238 votes. That’s 3,000 fewer than Sen. Rand Paul received before dropping out of the race, and Ben Carson tripled his tally.

The Bush campaign and its supporters, pointing out that the caucus electorate in the Hawkeye State is quite conservative, noted beforehand that this was not Bush-friendly turf. But Bush’s dad did win the Iowa caucus in 1980, beating Ronald Reagan 32 to 30 percent, and in 2000 his brother racked up a decisive win in Iowa, walloping Steve Forbes 41 to 30 percent. Yet Iowa, with evangelical voters dominating the GOP turnout, is clearly Bush Country no longer.

New Hampshire, which votes this Tuesday, has also been rough territory for Bush, according to the polls. In the three most recent surveys, Bush garnered between 6 and 9 percent of the GOP vote, coming in fourth, fifth, or sixth in the crowded field. And New Hampshire has not been kind to previous Bushes. (Reagan beat Jeb’s dad in 1980, and Sen. John McCain bested W. 20 years later.)

But the Bush camp is not worried. Okay, scratch that. It’s probably scared to death. Still, the Bushies have a plan. Or something like a plan.

The morning after Iowa, I heard from a senior Bush adviser/supporter. He noted that Bush’s back-of-the-pack showing in Iowa was expected. So there was no new reason for fear. And he indicated Bushland perceived good news in the results: Donald Trump, it turns out, is not invincible and was not going to run the table. Perhaps better yet, Sens. Ted Cruz and Marco Rubio, he said, were now “in a death match which will not help either, lots of wear and tear.” New Hampshire was “a brand new ballgame.”

Perhaps. And how does Bush fit into this new game? Here’s how it was explained. Bush can finish second, third, or fourth in New Hampshire and turn the race into a four-man contest. After all, this Bush person asked, “What do you think gets more momentum: a third-place finish in Iowa or in New Hampshire? I believe the latter.” This thinking is predicated on Bush beating out Rubio, Chris Christie, and John Kasich to hit the No. 3. mark (assuming Trump and Cruz hold the top two spots).

This reminds me of Steve Martin’s old bit: how to be a millionaire and pay no taxes. (“First, get a million dollars.”) But then what? “On to South Carolina, with a great ground game, momentum, and resources,” the Bush pal says, ever an optimist. “It will be a long four-way contest is what we learned in Iowa.”

That’s the Bush theory of the case. Or the latest one. An earlier theory was that Bush could bag a lot of money at the get-go and intimidate others from entering the fray. That didn’t hold true. Another was that Trump would fade, implode, or grow bored and bow out, and the race would return to normal, with Bush holding several natural advantages—money, experience, name, and establishment support. That didn’t happen, either. Now the Bush gang is left with what could well be its final hope: a decent showing in New Hampshire and then a long, drawn-out four-person race in which those darn Republican voters will finally come to their senses and realize the value of nominating another Bush.

Sounds like more of a wish than a plan. Or a Taylor Swift tune.