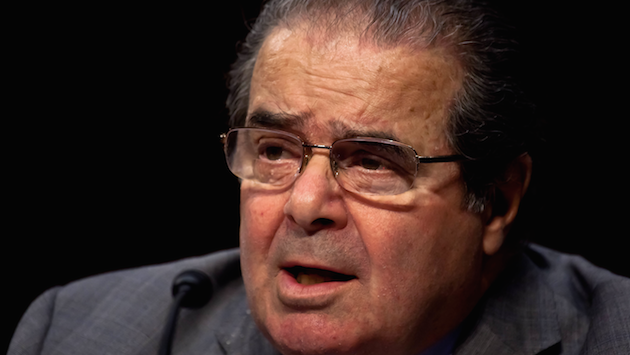 Amid the bizarre conspiracy theories that have emerged over Justice Antonin Scalia’s death on February 13, the Washington Post is now reporting an even stranger detail surrounding the late justice’s death in West Texas.

According to the Post, 79-year-old Scalia was at Cibolo Creek Ranch in the company of 35 other members of an “exclusive fraternity for hunters called the International Order of St. Hubertus, an Austrian society that dates back to the 1600s.” The owner of the ranch, John Poindexter, and Scalia’s traveling companion are both high-ranking members of the group, the Post reports.

The story, however, does not officially tie Scalia to the Order.

Members of the worldwide, male-only society wear dark green robes emblazoned with a large cross and the motto “Deum Diligite Animalia Diligentes,” which means “Honoring God by honoring His creatures,” according to the group’s website. Some hold titles, such as Grand Master, Prior and Knight Grand Officer. The Order’s name is in honor of Hubert, the patron saint of hunters and fishermen… Poindexter told CultureMap Houston that some of the guests dressed in “traditional European shooting attire for the boxed bird shoot competition” and for the shooting of pheasants and chukar, a type of partridge.

According to the group’s website, the fraternity calls itself a “true knightly order in the historical tradition.” Read the entire report here.