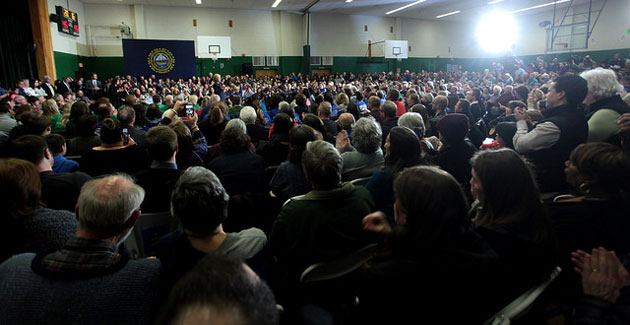 For New Hampshire voters, there’s a certain kind of flinty pride that comes with helping to set the tone of the presidential election. But, in exchange for the privilege of their first-in-the-nation status, Granite Staters must also endure a special kind of hell. I’m talking about the ceaseless robo-calls, the too-chipper canvassers, the legions of journalists taking up all the damn parking spots in downtown Manchester. And the mailers. They start trickling into mailboxes many months before the primaries, and, as the election nears, the deluge grows biblical.

My in-laws, who live in southern New Hampshire, are putting me up for a few days while I cover the primaries with my colleagues, and they saved some of their mailers for me. This is about a week or twos’ worth. (They are registered Republicans, though occasionally vote Democrat, which is why the bulk of the campaign literature they receive concerns GOP candidates. Their moderate leanings may also explain why they are getting a disproportionate number of mailers for and against New Jersey Gov. Chris Christie.) 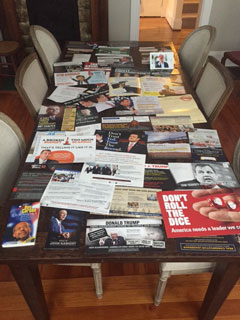 Here’s one from a group called America Needs Leadership. It’s not entirely clear who’s behind this outfit, since a group by this name doesn’t even show up in the Federal Election Commission’s database. What is clear is that this group’s backers believe America needs leadership—and those leaders shouldn’t include Marco Rubio (or Hillary Clinton). 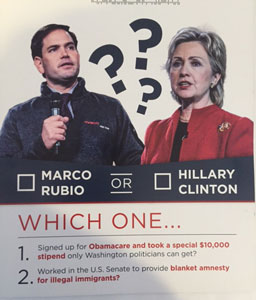 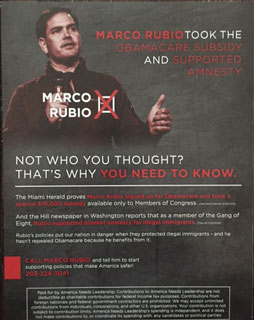 Here’s one from pro-Christie super-PAC America Leads—not to be confused with the mysterious America Needs Leadership. 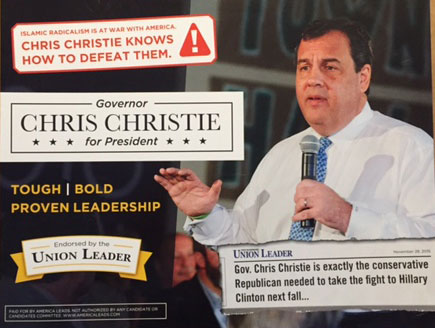 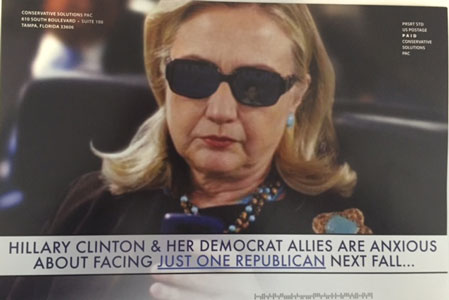 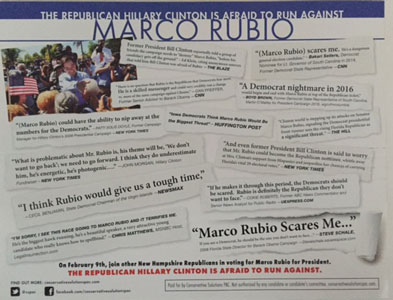 Here’s another Conservative Solutions mailer, this one taking on Rubio rival Ted Cruz. 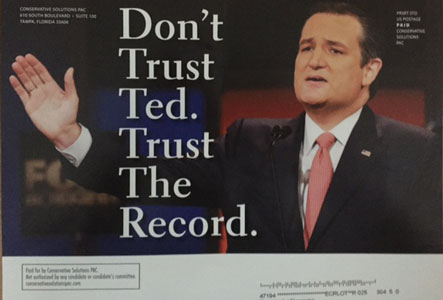 This mailer from Jeb Bush’s campaign is intended to appeal to Granite State gun owners. The gun-carrying guy in the right-hand corner at first glance appears to be Jeb, but he may actually be just some random guy! 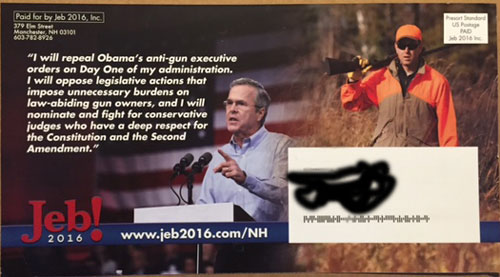 At least one out of every three mailers seems to come from Right to Rise, the pro-Jeb Bush super-PAC that raised more than $100 million during its first fundraising quarter. 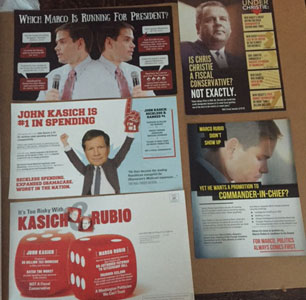 Another from Right to Rise. 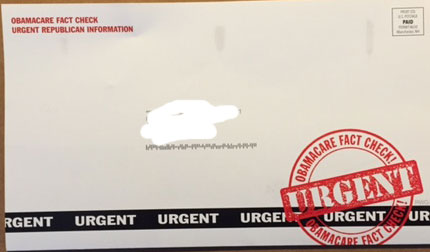 Spoiler alert: the contents are not urgent. 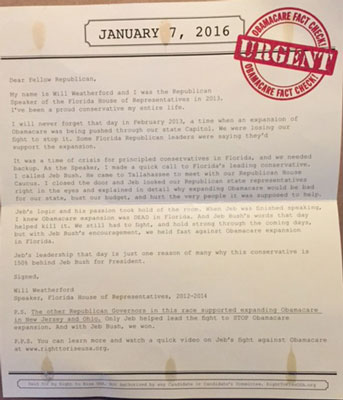 And then there’s this classy specimen. 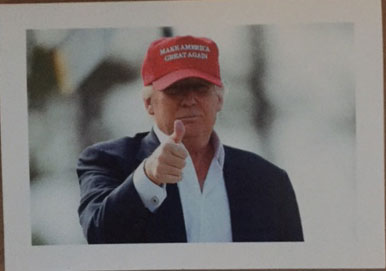 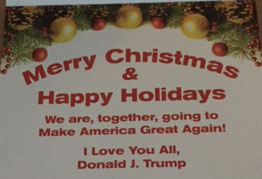