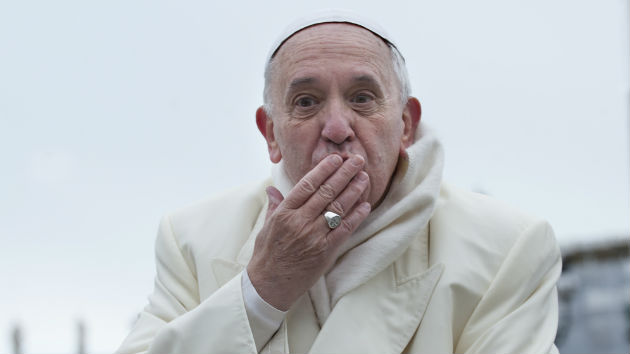 The Zika virus has spread throughout Latin America and other parts of the world, and many of the affected countries are Catholic, with strict bans on abortion and restrictions on contraception. But Pope Francis changed the conversation on Thursday when he said women in the region are justified in using contraception to prevent having children with the birth defect microcephaly.

He compared the current situation to one in the ’60s, when Pope Paul VI permitted nuns in Africa to use contraception due to the threat of rape.

“Avoiding pregnancy is not an absolute evil,” Francis said following his trip to Mexico. “In certain cases, as in this one, such as the one I mentioned of Blessed Paul VI, it was clear. I would also ask doctors to do their utmost to find vaccines against these mosquitoes that carry this disease. This needs to be worked on.”

The rapid spread of the virus has reignited debates over contraception and access to abortion in Catholic countries. The mosquito-borne illness, which has been contracted by millions of people, has been tentatively linked to microcephaly, a birth defect that causes babies’ heads to remain much smaller than those of average children. As Mother Jones reported in January, that finding prompted Latin American governments to urge women to avoid pregnancy altogether, something medical experts in the region said was virtually impossible for women without access to family planning services.

Pope Francis’ statements on Thursday run counter to traditional Catholic practices, which say artificial contraception is wrong no matter the circumstances. Earlier this month, Catholic leaders in Latin America reiterated the church’s opposition, saying contraception is “not a solution” to the virus and that the church has not changed its position.

The pope’s flexibility on contraception did not extend to abortion. Francis emphasized the continuing opposition of the Church to abortion, comparing the procedure to something “the Mafia does.”