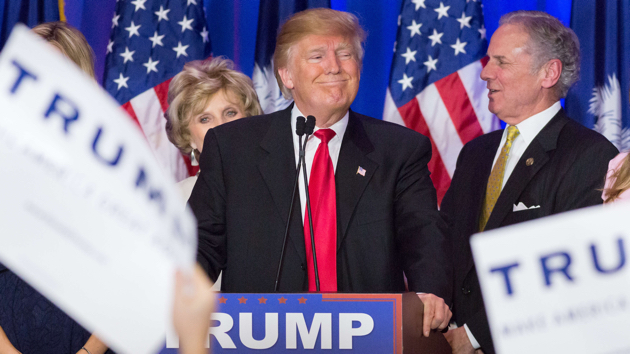 Coming off big wins in New Hampshire and South Carolina, Donald Trump secured his position as the clear front-runner for the Republican presidential nomination on Tuesday night with another resounding victory in the Nevada caucuses.

The major networks called the race for Trump shortly after the caucuses concluded. Sens. Marco Rubio of Florida and Ted Cruz of Texas were locked in a battle for second place, with Ohio Gov. John Kasich and retired neurosurgeon Ben Carson trailing.

Trump, who has broken all the usual campaign rules with brash promises that range from building a wall along the Mexican border to banning Muslims from entering the country, has now won the last three caucuses or primaries. He enters the Super Tuesday contests on March 1 with a commanding lead in the delegate count.