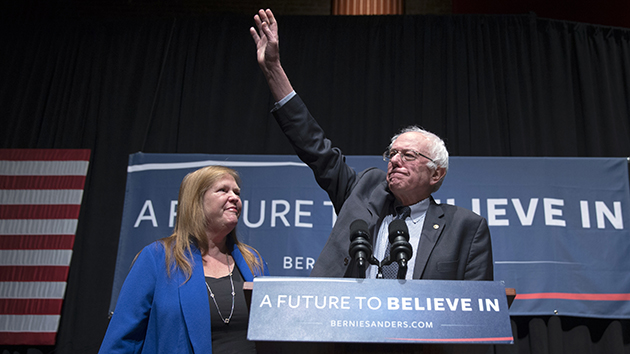 Democratic presidential hopeful Bernie Sanders launched into a tirade Thursday night over what he described as racist opposition to President Barack Obama, citing the “obstructionism and hatred” thrown at the president by opponents, including the false rumors that Obama was not born in the United States.

At a Democratic town hall event in Nevada, hosted by MSNBC, a question about how he would address Islamophobia prompted Sanders to lambaste the so-called birther movement, which was promoted for years by Donald Trump, the GOP frontrunner:

By the way, I am appalled, people can agree with Barack Obama, you can disagree with Barack Obama, but anybody who doesn’t understand that the kind of obstructionism and hatred thrown at this man, the idea of making him a delegitimate president by suggesting he was not born in America because his dad came from Kenya—no one asked me. I’m a citizen and my father came from Poland. Gee, what’s the difference? Maybe the color of our skin… All of us together have got to say no to xenophobia and to racism and to bigotry of all forms.

Watch the full clip below: