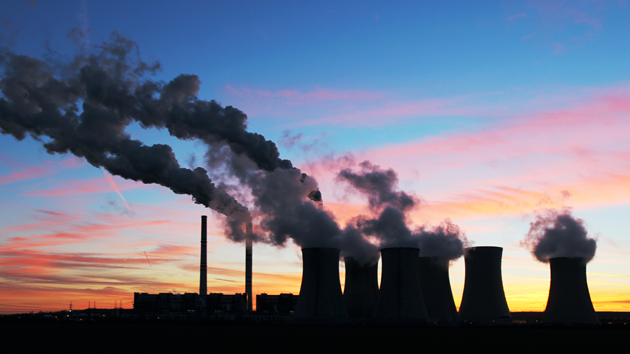 In a setback for the Obama administration, the Supreme Court on Tuesday temporarily halted enforcement of Obama’s signature climate initiative.

The Clean Power Plan, issued by the Environmental Protection Agency last summer, requires states to limit coal-fired power plant emissions—the nation’s largest source of greenhouse gases—by a third by 2030. The regulation was expected to revamp the energy industry in the coming decades, shutting down coal-fired plants and speeding up renewable energy production. But 29 states, together with dozens of industry groups, sued the EPA, claiming the rule was “the most far-reaching and burdensome rule the EPA has ever forced onto the states.”

In a 5-4 vote today, the Supreme Court issued an unusual, one-page emergency order for the EPA to put the plan on hold until the US Court of Appeals, which will hear the case this summer, comes to a decision. While the hold is temporary, many see the order as a sign that the Supreme Court has concerns about the policy. 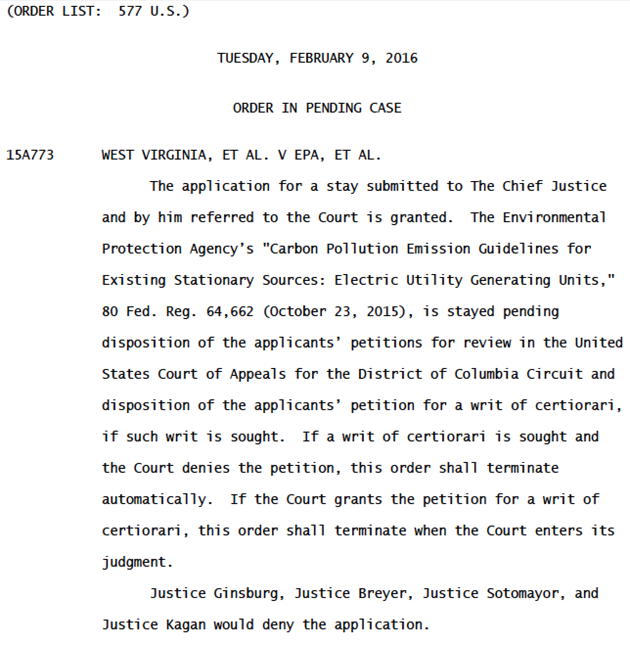