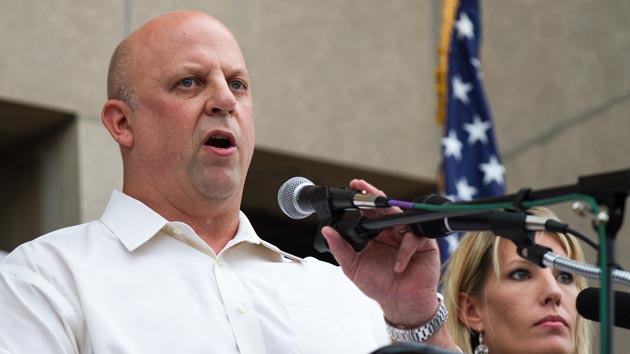 Last night, on the eve of Super Tuesday, Rep. Scott DesJarlais (R-Tenn.) was the first representative from Tennessee and the fourth member of Congress to endorse Donald Trump.

But DesJarlais’ personal life has not been a model of Republican decorum. Despite his public opposition to abortion—his website notes, “Congressman DesJarlais believes that all life should be cherished and protected”—his personal life is another story. Before he became a politician, his wife and mistress both had abortions, with his approval or even encouragement.

In 2000, 10 years before he became a member of Congress, DesJarlias was a physician. He had an affair with a patient, and when she became pregnant he urged her to have an abortion. In a phone call obtained by the Huffington Post in 2012, DesJarlais pleaded with her to go ahead with an abortion before it was too late to do the procedure. Why? Because, he said, he was trying to save his marriage.

During divorce proceedings a few months later, DesJarlais also revealed that he and his wife had made a “mutual decision” for her to have two abortions. He called the decisions “a difficult and poor choice.”

Yet DesJarlais is committed to denying other women this choice. He received a 100 percent score from the National Right to Life Committee’s rankings of politician’s voting records on abortion. Last year, he voted for the federal 20-week abortion ban that the GOP-controlled Congress considered to be one of its top priorities.

DesJarlais’s conflicted history on abortion is not so different from Trump’s flip-flopping on this topic. In a 1999 interview on Meet the Press, Trump said that he was “very pro-choice.” Since entering the presidential race, however, he’s changed his tune. In an August 2015 debate, Trump said, “I hate the concept of abortion. And then, since then, I’ve very much evolved…I am very, very proud to say that I am pro-life.”