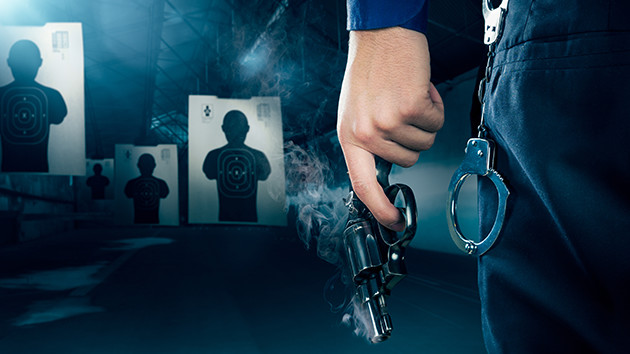 One of the biggest frustrations about reporting on fatal police shootings is just how little we know about them. As reporters and criminologists have pointed out repeatedly, federal data on violent crime and mortality trends does a poor job of capturing how often, and under what circumstances, cops kill unarmed people. Last December, FBI Director James Comey called the agency’s system for tracking fatal police shootings a “travesty,” and promised to expand it by 2017. The lack of a reliable national source of data has prompted news outlets, academics, and citizens to build their own datasets.

Now, researchers from Harvard University and Northeastern University say they have identified an overlooked source that could offer the most complete accounting yet of fatal encounters with police. In a paper published in the American Journal of Public Health, the researchers point to the National Violent Death Reporting System, a database maintained by the Centers for Disease Control and Prevention. The CDC’s trove of data on violent deaths, they write, “captures detailed coded data and rich narratives that describe the precipitating circumstances and incident dynamics for all suicides and homicides.” In other words, the data gives a pretty clear picture of the deceased and the moments leading up to their death.

Because it started in 2003—decades later than the CDC’s Vital Statistics or the FBI’s Supplemental Homicide Reports—the CDC’s violent death data has been largely ignored by journalists and policymakers, says Catherine Barber, a public health researcher at Harvard and the paper’s lead author.

Thirty-two states are now reporting to the database, though current data is only available for 16 states. Surprisingly, even in just those states, Barber and her colleagues identified 1,552 police-involved homicides between 2005 and 2012. That’s 71 percent more than the 906 cases identified in the CDC’s Vital Statistics, and more than double the 742 cases reported in the FBI’s Supplemental Homicide Reports during the same period.

The paper also found stark racial disparities in the available violent death data, consistent with disparities in federal data that have been noted previously:

Expanding the National Violent Death Reporting System to include all 50 states, the researchers conclude, will offer not only a more accurate count of police homicides, but also a detailed narrative “on the people, weapons, and circumstances involved.”