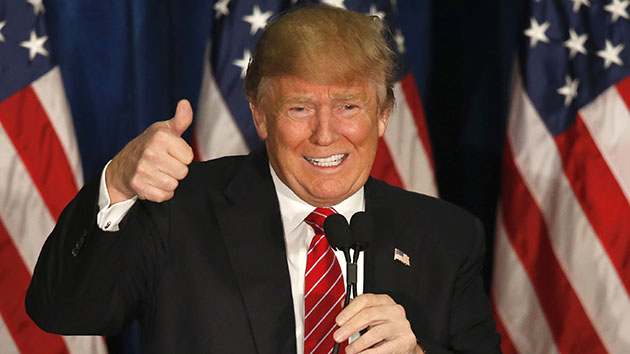 The GOP front-runner hit all his usual marks—calls for building a border wall and deporting undocumented immigrants, reading polls from pieces of paper he pulls from his inside jacket pocket—but devoted a fair chunk of his time to lashing back against former Massachusetts Gov. Mitt Romney, who publicly criticized Trump and questioned whether he was fit to be president.

“Mitt is a failed candidate. He failed. He failed horribly,” Trump said in response to Romney’s criticism.

Romney had begged for his support, Trump claimed, during Romney’s bid to unseat President Obama in 2012: “You can see how loyal he was, he was begging for my endorsement. I could have said, ‘Drop to your knees!’ and he would have dropped to his knees.”

Trump also claimed he intimidated Romney, who “choked” and “chickened out” of running for president in 2016.

Romney responded to Trump’s comments in a tweet posted on 2:13 p.m. Eastern.

If Trump had said 4 years ago the things he says today about the KKK, Muslims, Mexicans, disabled, I would NOT have accepted his endorsement