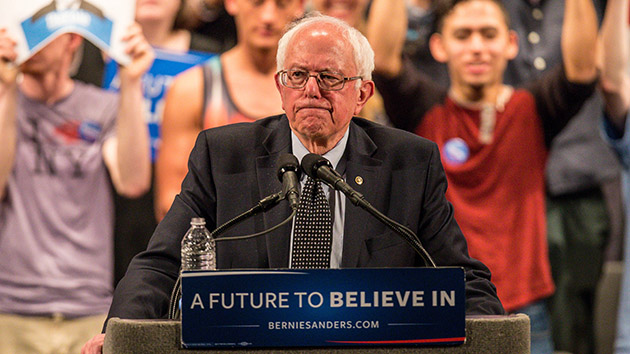 A Donald Trump surrogate said during a campaign event Monday morning that Bernie Sanders needs to find Jesus. Sanders, of course, is Jewish.  Many of his Polish relatives on his father’s side were killed during the Holocaust.

The comment came at a rally in Hickory, North Carolina, on Monday morning, as Pastor Mark Burns warmed up the crowd for Trump—who was running late because of a plane delay. Burns, who has spoken at previous Trump events, told the audience that in order to be taken seriously as a presidential candidate, Sanders needs to accept Christianity.

“Bernie Sanders, who doesn’t believe in God,” Burns said. “How in the world are we going to let Bernie—I mean really? Listen, Bernie gotta get saved, he gotta meet Jesus. I don’t know, he gotta have a coming to Jesus meeting.”

Watch Burns’ comments in the video below, starting around the 5:26 mark.