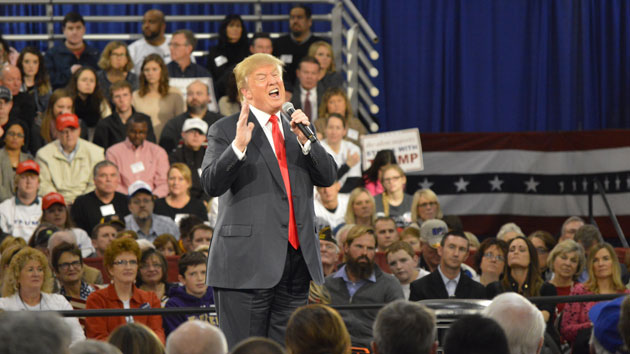 “Donald, we just talked to Walid Phares,” Kilmeade said. “We talked to Dr. Zuhdi Jasser yesterday, Ambassador Khalilzad—he’s done great things for this country. What do all three have in common? They’re Muslims.”

A few minutes later, Kilmeade returned to the topic of Phares, who, Trump announced yesterday, is advising his campaign. “A lot of people listening right now might be misinterpreting your message in the past and currently that you have a problem with Muslims—you don’t have a problem with Muslims,” Kilmeade said. “In fact you just hired one, Walid Phares, to work for you.” Again, Trump appeared to agree.

But Phares is not Muslim. In fact, he is about as far from being a Muslim as one can get. As Adam Serwer reported five years ago, Phares was once a top political official in a sectarian Christian militia in Lebanon that targeted Muslims:

During the 1980s, Phares, a Maronite Christian, trained Lebanese militants in ideological beliefs justifying the war against Lebanon’s Muslim and Druze factions, according to former colleagues. Phares, they say, advocated the hard-line view that Lebanon’s Christians should work toward creating a separate, independent Christian enclave. A photo obtained by Mother Jones shows him conducting a press conference in 1986 for the Lebanese Forces, an umbrella group of Christian militias that has been accused of committing atrocities.

Later in the interview, Kilmeade offered a correction, noting that Phares is actually a Christian. But Trump was twice asked specifically about Phares’ religious identity and never pushed back.

Maybe it was a lousy earpiece?