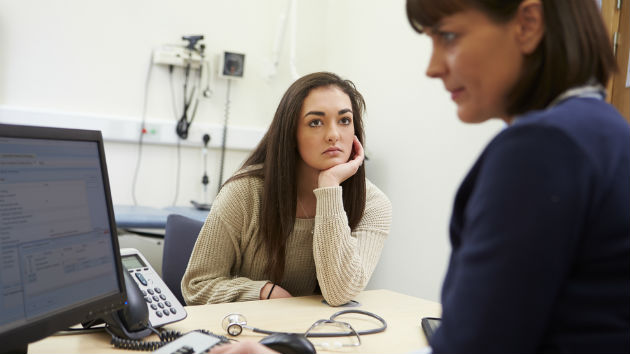 In thirty-eight US states, women are required by law to receive abortion counseling from their physician before undergoing the procedure. But often these women are getting medically inaccurate and misleading information about the procedure from government-authored informational brochures, according to a new study from Rutgers University.

Informed consent laws became popular among state legislatures after the Supreme Court’s 1992 Planned Parenthood v. Casey decision, which said, among other things, that states could require abortion counseling to ensure women’s decisions are “informed.” Though the laws vary state by state, they most commonly require that an abortion physician give women, either verbally or in writing, specific, state-authored information on gestational development, physical characteristics of the fetus, and risks associated with abortion. The laws often go hand-in-hand with waiting period requirements. In Missouri, for example, a 2014 law requires that women receive in-person counseling on abortion 72 hours ahead of the appointment.

“States say women are ignorant of the health risks of abortion and the development of the fetus, so these laws will inform them” says Cynthia R. Daniels, a political science professor at Rutgers and the study’s lead author. “That’s justified because lawmakers say women often come to regret their decision, so counseling will help them avoid regret.”

But nearly one–third of that counseling, and over 40 percent in some states, includes information that’s scientifically or medically inaccurate, according to Daniels’ report. To study the counseling, Daniels and her team compiled the informed consent brochures from 23 states and brought in a team of experts in embryonic and fetal development from the American Association of Anatomists to review the material and rate each statement of fact for scientific and biological accuracy as well as the extent to which the statement is misleading.

The highest percentage of inaccuracies were related to the first trimester of pregnancy, when 90 percent of abortions occur. In Michigan, where informational texts were 45 percent inaccurate, women learn that in the fourth week of pregnancy, the embryo’s head forms, by week six brain activity can be recorded and the fetus’s eyes open, and by the twelfth week, soft nails have grown on the fingers and toes. And in North Carolina, women read that by six weeks “the heart is pumping the embryo’s own blood to the brain and body,” and by week nine, the hands move and the neck turns. The researchers rated each of these statements as completely inaccurate.

“This is giving people the wrong impression of what is happening to them” says Grace Howard, a PhD candidate at Rutgers and one of the study’s authors. “It also undermines the legitimacy of the medical profession, because physicians are being compelled by law to make these inaccurate statements.”

Daniels and Howard also say that, given the level of misinformation, the state-authored brochures may be unconstitutional. Though the Supreme Court’s 1992 Casey decision upheld the constitutionality of informed consent laws, the content also must be “truthful and not misleading” and designed “to convey only accurate scientific information about the unborn child.”

“There aren’t many of us who would want a state legislator sitting in our doctor’s office with us,” says Daniels, “We want to feel that relationship is unconstrained by politics, and this study suggests they are not.”