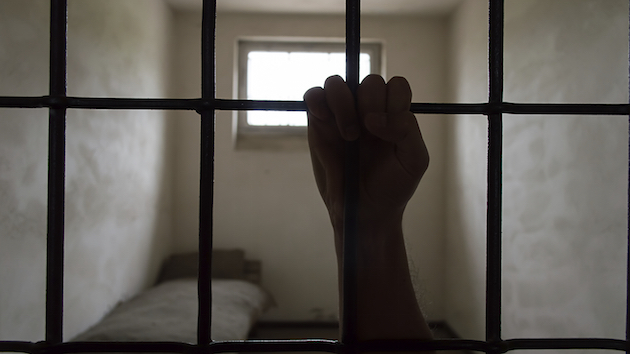 With the highest diagnosis rate of any state, Louisiana is a hotbed for new HIV cases, and the groups at greatest risk of infection are the same as those most likely to be imprisoned in the state’s sprawling corrections system: people who inject drugs, sex workers, the poor and racial minorities. But a new report from Human Rights Watch found that for some HIV-positive Louisiana prisoners, medical care is delayed or non-existent, depending on the facility where they are housed.

Louisiana’s nine state-level prisons operate testing programs and transfer inmates to HIV case management resources when they are released. However, only a handful of the state’s 104 parish jails conduct regular testing, with some HIV-positive inmates experiencing treatment that is “delayed, interrupted, and in some cases denied altogether,” according to the report.

That’s significant because more than 40 percent of Louisiana’s incarcerated population is housed in parish jails—including 16,877 convicted offenders and a whopping 12,602 pre-trial detainees at the end of last year. Officials in the Louisiana Department of Corrections told Human Rights Watch that all HIV-positive inmates are transferred from parish jails to states prisons. Yet, Human Rights Watch researchers found that jail inmates don’t get HIV care in state prisons unless the inmates already know their status and choose to disclose it, or until they develop symptoms.

What’s more, in some cases, when inmates did disclose their status, some still did not receive testing or medication unless a friend or family member could bring their pills into the jail. Although the East Baton Rouge Correctional Center has a large medical staff, it does not test new arrivals, the jail’s director of medical services Linda Otteson told researchers. “We cannot afford to treat them if they are positive,” Otteson said.

The result? Parish jail inmates can go weeks or months without treatment, potentially resulting in higher viral loads, increased resistance to medication, and a greater likelihood of infecting others, according to the report. 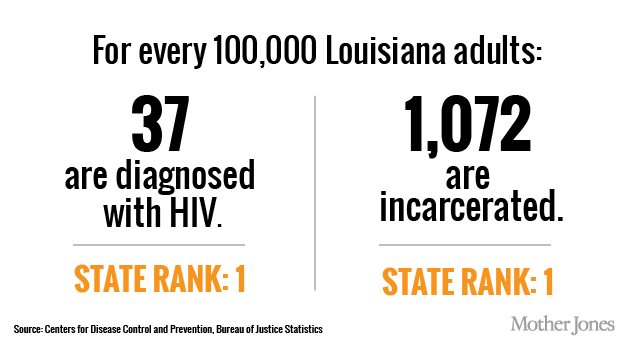 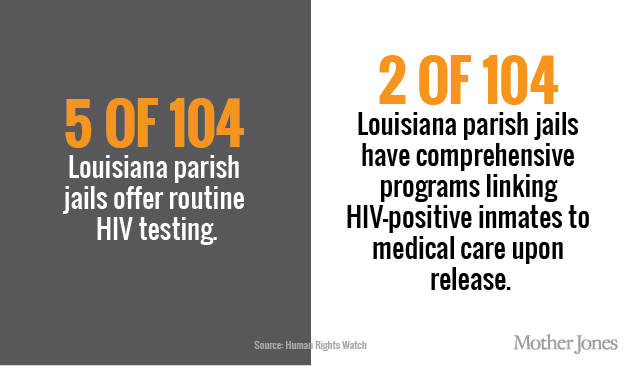