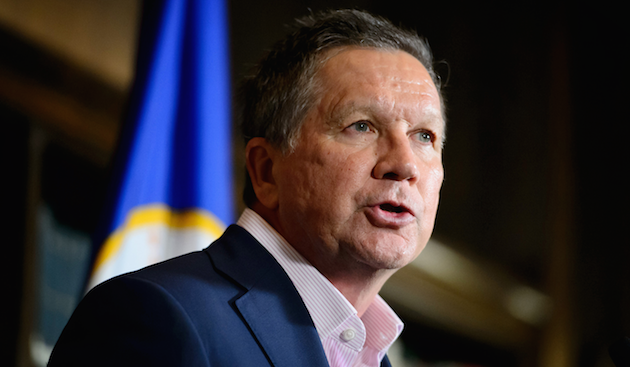 Ohio Gov. John Kasich rebuked Sen. Ted Cruz’s call to “patrol and secure” Muslim neighborhoods in the wake of the deadly explosions in Brussels on Tuesday.

“We are not at war with Islam—we’re at war with radical Islam,” Kasich told reporters in Minneapolis, according to the New York Times. “In our country we don’t want to create divisions where we say, ‘Okay well your religion, you’re a Muslim, so therefore we’re going to keep an eye on you.”

He added, “The last thing we need is more polarization.”

ISIS has since claimed responsibility for the attacks, which have killed at least 30 people.

Kasich’s remarks stand out against those of his other Republican primary opponent, Donald Trump. In response to the attacks on Tuesday, Trump announced his support for employing torture tactics against terror suspects for intelligence-gathering purposes, despite considerable evidence that such methods fail to produce useful information.

“If they could expand the law, I would do a lot more than waterboarding,” Trump said on the Today Show. “You have to get the information from these people.”