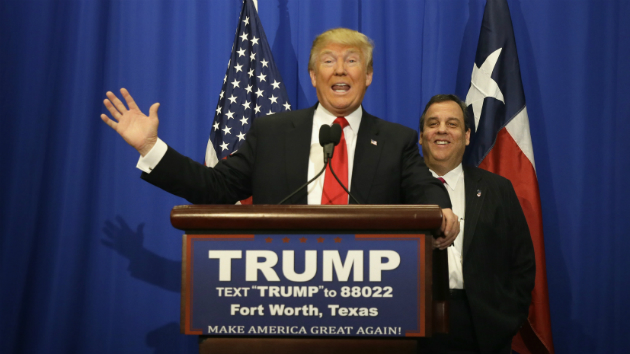 The New Hampshire Union Leader (where I used to work) has symbolically pulled its endorsement of Chris Christie in light of the New Jersey governor’s support for Donald Trump. Joe McQuaid, the paper’s publisher, editorialized last night that the paper made a grave mistake by endorsing Christie, who had specifically assured the paper’s editorial board that he would never back Trump.

Watching Christie kiss the Donald’s ring this weekend—and make excuses for the man Christie himself had said was unfit for the presidency—demonstrated how wrong we were. Rather than standing up to the bully, Christie bent his knee. In doing so, he rejected the very principles of his campaign that attracted our support.

At least one GOP candidate seems to be holding out hope that the Union Leader will consider giving him another look now that it has rescinded its Christie endorsement:

If they endorse me and declare a Do Over in New Hampshire I will un-suspend 🙂 #SuperTuesday https://t.co/6oaZPIdvWg