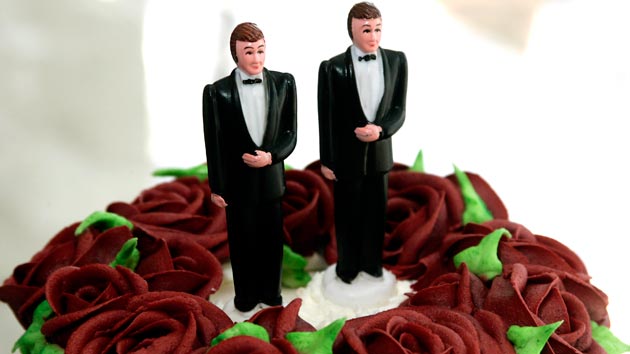 UPDATE 2 (3/23/16): North Carolina Gov. Pat McCrory signed HB 2 into law late Wednesday night, invalidating a Charlotte LGBT anti-discrimination ordinance and similar laws in nine other localities. His office released the following statement: “This new government regulation defies common sense and basic community norms by allowing, for example, a man to use a woman’s bathroom, shower or locker room…As a result, I have signed legislation passed by a bipartisan majority to stop this breach of basic privacy and etiquette which was to go into effect April 1.”

North Carolina state legislators introduced, debated, and passed a sweeping anti-LGBT bill on Wednesday, pushing it through a Republican-controlled Assembly so fast that 11 Democrats walked out in protest before the Senate vote late in the afternoon.

House Bill 2, the Public Facilities Privacy and Security Act, strikes down all existing LGBT nondiscrimination statutes across the state, on top of banning transgender people from using some public restrooms. “That North Carolina is making discrimination part of the law is shameful,” North Carolina Attorney General Roy Cooper said in a video statement Wednesday.

Republican lawmakers introduced the bill in the House during a special session called to deal with a Charlotte anti-discrimination ordinance that was set to go into effect on April 1. The Charlotte ordinance adds sexual orientation and gender identity as protected classes under the city’s existing anti-discrimination law. It includes a provision allowing transgender people to use restrooms at public facilities based on their gender identity and also protects LGBT people from discrimination by businesses and other institutions that serve the general public, like stores or schools.

Nine other localities in the state have ordinances similar to Charlotte’s, but if House Bill 2 becomes law, all of them will be invalidated. In their place, the legislation proposes a statewide ordinance that would protect people from discrimination based on “race, religion, color, national origin, or biological sex.” The “biological sex” provision would be a new addition, and refers to the sex listed on a person’s birth certificate.

State representatives said they didn’t have a chance to read HB 2 before it was introduced Wednesday morning, an hour before its scheduled vote by the House Judiciary Committee. The committee chairman gave lawmakers a five-minute break to read the bill after a request from Democratic Rep. Bobby Richardson.

As this bill sailed through the House, Democratic state Sen. Jeff Jackson listed the bill’s sweeping implications on Facebook:

The bill passed the House 83-to-25 on Wednesday afternoon, and 32-to-0 in the Senate later in the evening after Democratic lawmakers walked out en masse rather than debate the bill. (GOP Senate leader Phil Berger told ABC News that such a walkout was unprecedented during his 15 years in office.) Gov. Pat McCrory hasn’t said whether he will sign the bill, but when Charlotte passed its nondiscrimination statute in February, McCrory expressed strong opposition and promised state-level backlash: “This shift in policy could also create major public safety issues by putting citizens in possible danger from deviant actions by individuals taking improper advantage of a bad policy,” he wrote in an email to the Charlotte city council, adding that the bill would “most likely cause immediate state legislative intervention.”

With the bill now headed to the governor’s desk, several companies expressed their opposition to it, including Dow Chemical and North Carolina-based Red Hat.

“In blocking the will of Charlotte and other cities,” tweeted the Human Rights Campaign’s Chad Griffin, the Assembly “is trampling on the rights of every taxpayer in North Carolina.”