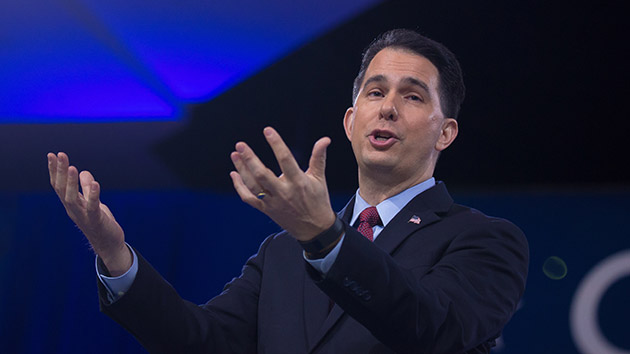 Scott Walker, whose own presidential aspirations quickly crumbled last fall, has finally found a favorite among the remaining Republican contenders. On Tuesday morning, the Wisconsin governor told Milwaukee radio host Charlie Sykes that he’s endorsing Sen. Ted Cruz of Texas. During the interview, Walker took great pains to assure listeners that he’s actually backing Cruz, rather than just latching onto the candidate, because he opposes front-runner Donald Trump. “I wanted to make sure I was supporting someone, not against something or against someone.”

Walker said that his staff had already been in touch with Cruz’s people and that the governor planned to campaign with Cruz in Wisconsin between now and the state’s primary next Tuesday. “I’m all in,” Walker said. “This is not a default.”

There will be 42 Republican delegates up for grabs next Tuesday. The polls show a tight race that has recently tilted ever so slightly in Cruz’s favor. FiveThirtyEight gives Cruz a 67 percent chance of winning Wisconsin.