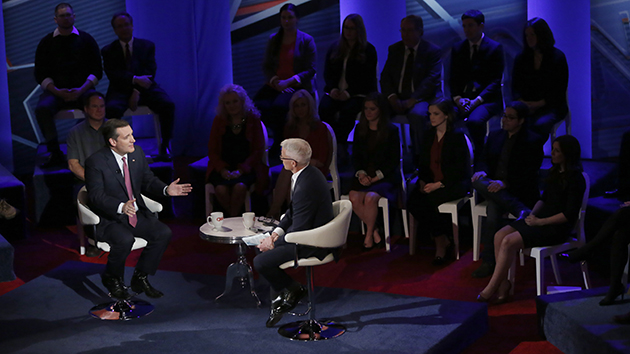 Ted Cruz stood by his proposal to patrol “Muslim neighborhoods” during CNN’s town hall in Wisconsin on Tuesday night, repeating his assertion that this strategy worked in New York City.

Host Anderson Cooper pressed Cruz repeatedly on his stance, noting that New York City Police Commissioner William Bratton had criticized Cruz’s proposal. “It is clear from his comments that Sen. Cruz knows absolutely nothing about counterterrorism in New York City,” Bratton wrote in an op-ed in the New York Daily News. But Cruz stood firm, describing Bratton as a member of the administration of “left-wing radical” New York City Mayor Bill de Blasio.

Watch the exchange, starting around the eight-minute mark.