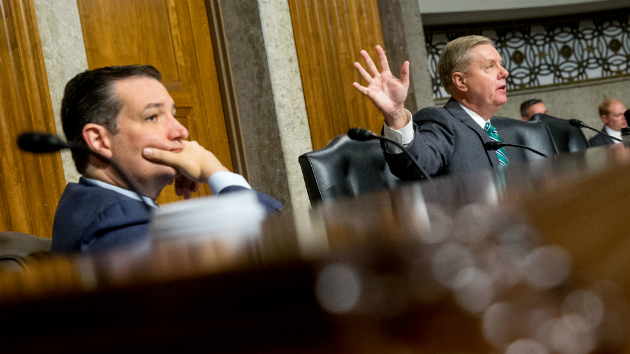 Last week, while the GOP candidates battled it out on a debate stage, Sen. Lindsey Graham (R-N.C.) cracked a joke about how widely disliked Sen. Ted Cruz is in Washington:

“If you killed Ted Cruz on the floor of the Senate, and the trial was in the Senate, no one would convict you.” — Lindsey Graham (R-SC)

By Tuesday night, as Trump won a string of victories and continued his march to nomination, Graham suggested his partymates might have to suck it up and back Cruz, whether they liked it or not:

Lindsey Graham on CBS just now: “we may be in a position where we have to rally around Ted Cruz.”

Here’s the full video of Graham eating his words on Cruz: