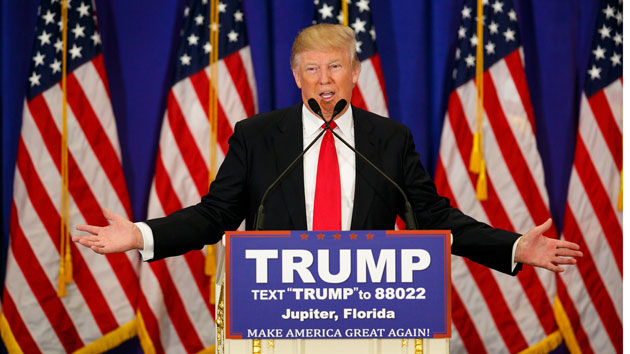 It reads: “If Congress were to pass legislation making abortion illegal and the federal courts upheld this legislation, or any state were permitted to ban abortion under state and federal law, the doctor or any other person performing this illegal act upon a woman would be held legally responsible, not the woman. The woman is a victim in this case as the life is in her womb. My position has not changed—like Ronald Reagan, I am pro-life with exceptions.”

Donald Trump said Wednesday that he wants to ban abortions, and that women who get abortions illegally should be punished.

At a taping of an MSNBC town hall that will air later, host Chris Matthews pressed the Republican presidential front-runner Trump for his thoughts on abortion policy. Trump said he’s in favor of an abortion ban, explaining, “Well, you go back to a position like they had where they would perhaps go to illegal places, but we have to ban it,” according to a partial transcript from Bloomberg Politics.

Matthews asked if there would be a punishment for women who received abortions if they were made illegal. Trump responded, “There has to be some form of punishment.” He elaborated that the punishment would have “to be determined” and the law will depend on the upcoming Supreme Court confirmation battle and the 2016 election.

Trump’s proposal isn’t too far off from the current reality: A woman in Tennessee is being held on aggravated assault charges for attempting to self-induce abortion using a coat hanger.