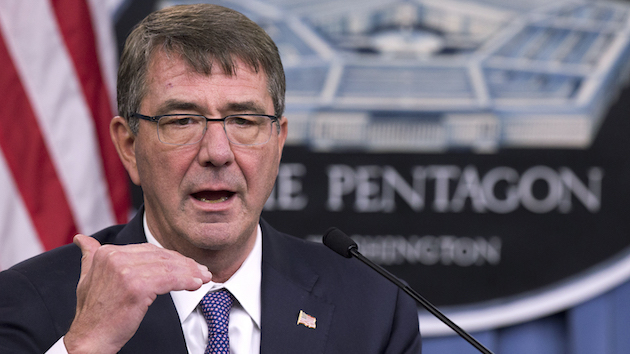 Qaduli was widely described as ISIS’s second-in-command and the de facto commander of the group after its head, Abu Bakr al-Baghdadi, was reportedly wounded in an airstrike last year. Carter referred to Qaduli as a “senior leader serving as a finance minister,” an important position for an organization that has recruited fighters by paying them better wages than other armed groups. “We’ve taken out the leader who oversees all the funding for ISIL’s operations, hurting their ability to pay fighters and hire recruits,” Carter said, using the government’s preferred acronym for ISIS.

The ISIS leader was “also responsible for some external…plots,” Carter said, but could not be directly linked to this week’s terrorist attacks in Brussels.

Born in northern Iraq in the late 1950s (the exact date is unknown), Qaduli supposedly trained as a physics teacher before joining Al Qaeda. He joined the Iraqi insurgency after the US invasion in 2003 and was a “well-known terrorist in ISIL’s ranks dating back to its earliest iteration as Al Qaeda in Iraq, when he worked under Zarqawi [then the leader of AQI] as his liaison for operations with Pakistan,” Carter said. Qaduli was jailed in Iraq and released in 2012. He then made his way to Syria and joined ISIS there.

This isn’t the first time Qaduli was reported dead. The Iraqi military said they killed the ISIS leader last May, though the Pentagon didn’t back up the claim. The Department of Justice offered a $7 million reward for information on Qaduli’s whereabouts, second only to the $10 million price for Baghdadi, and the Treasury Department labeled him a “specially designated global terrorist” in 2014.

Carter cast Qaduli’s death as part of growing battlefield progress against ISIS. “The removal of this ISIL leader will hamper the organization’s ability to conduct operations both inside and outside of Iraq and Syria,” he said, “The momentum of this campaign is now clearly on our side.” The Washington Post published a story on Friday saying ISIS is now in broad retreat.

Carter refused to give details about the strike on Qaduli, but the Daily Beast reported that he was killed by a special operations raid rather than an airstrike.