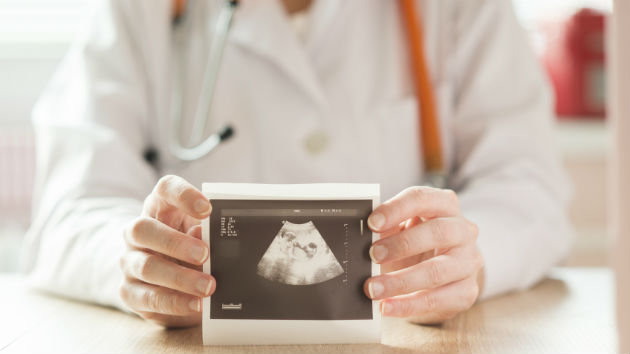 Utah Gov. Gary Herbert on Monday signed a bill that makes the state the first in the nation to require doctors to anesthetize fetuses before performing abortions after 20 weeks of gestation. Previously, fetal anesthesia for abortion after 20 weeks was optional in Utah.

Supporters of the new law, called the Protecting Unborn Children Amendments, say fetuses can feel pain starting at about 20 weeks, so anesthesia or analgesic should be administered to “eliminate or alleviate organic pain to the unborn child.” But scientists have rejected the fetal pain claim, saying there is no conclusive evidence to back up such legislation.

Still, 12 states ban abortion after 20 weeks post-fertilization on the grounds that the fetus can feel pain. The 20-week mark is several weeks before the point at which the fetus is considered viable and abortion is no longer legally protected by Roe v. Wade. Utah already bans abortion after viability.

Republican State Sen. Curt Bramble initially planned to introduce a 20-week ban, but attorneys in the state advised him the law would not pass constitutional muster, according to the Salt Lake Tribune.

“The process of a child being born is a natural process. There’s nothing natural [about abortion]. In fact, it’s barbaric,” Bramble said, adding, “In this quote ‘medical procedure,’ let’s call it what it is: It’s killing babies. And if we’re going to kill that baby, we ought to protect it from pain.”

Dr. Sean Esplin, a Utah-based physician, told the Associated Press that in order to comply with the law, the anesthesia will have to go through the woman to reach the fetus. Doctors can give the woman general anesthesia, which would make her unconscious, or a heavy dose of narcotics, neither of which were previously necessary for the procedure.

According to the American Society of Anesthesiologists, side effects of anesthesia include nausea, confusion, chills, and rarely more serious symptoms like delirium or long-term memory loss. “You never give those medicines if you don’t have to,” David Turok of the University of Utah’s obstetrics and gynecology department told NBC.

Utah is the only state in the country with an anesthesia requirement during abortion. The Montana Legislature passed a similar law in 2015, but it was vetoed by the governor.