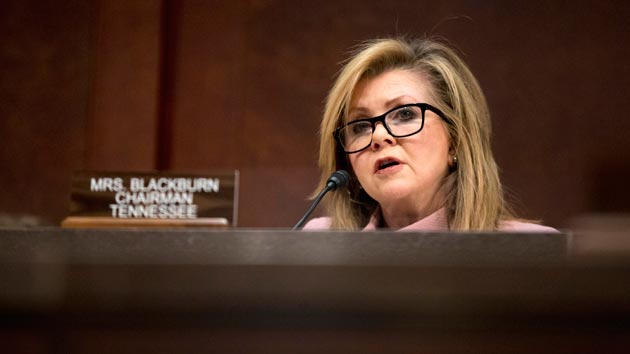 The Select Investigative Panel on Infant Lives, a House committee formed in the wake of last summer’s Planned Parenthood sting videos, convened on Wednesday to discuss “the pricing of fetal tissue.”

This marked the fifth time Congress has held a hearing to discuss the allegations that Planned Parenthood is selling fetal tissue for a profit—a practice that is illegal according to federal law. Last summer, the anti-abortion group Center for Medical Progress released secretly recorded, deceptively edited videos purporting to show Planned Parenthood officials negotiating the sale of fetal tissue. Four separate congressional hearings found no such wrongdoing by Planned Parenthood. Unsatisfied, House Republicans, led by Rep. Marsha Blackburn (R-Tenn.), formed this investigative panel last October to continue looking into the possibility that the women’s health provider is selling fetal tissue and breaking the law.

In addition to the four congressional hearings, 12 states have so far investigated the allegations of fetal tissue sales by Planned Parenthood and turned up no evidence of wrongdoing. In Texas, a grand jury that began with the intent of investigating Planned Parenthood instead indicted CMP’s David Daleiden, the creator of the videos, and absolved the women’s health care provider. None of these exonerations, however, has derailed this House committee. Wednesday’s hearing didn’t make much headway in separating fact from fiction, but it made for some great political theater. Here are a few highlights:

1) A fight over sources: As Blackburn was about to begin her opening statement, Rep. Diana DeGette (D-Colo.) cut in to pose a fundamental question. In advance of the hearing, the committee had released a set of exhibits purporting to show that procurement companies are working with abortion clinics so both players can derive a profit from selling fetal tissue. DeGette requested that she be allowed to question the committee staff that created the packet, in large part because the sourcing for many of the most incendiary pieces of evidence—including a draft contract between a procurement company and an abortion clinic and several charts implying the growing profitability of fetal tissue procurement—is not noted anywhere in the exhibits.

Blackburn declined to make the staff available, answering that the source was the “investigative work” of the committee, as well as materials obtained through the committee’s “whistleblower portal,” a form on its website. Unsatisfied by this answer, DeGette asked the committee to exclude the use of these exhibits until their origins are ascertained. “If you won’t let me find out what the basis is for these exhibits, then I object to their use,” she said. The committee rejected her request.

2) Déjà vu: The first witness to testify was Fay Clayton, a Chicago attorney. Clayton recalled how in 2000 she represented a nonprofit that donated fetal tissue to medical researchers in a case strikingly similar to the Planned Parenthood one. In her case, a different anti-abortion group, Life Dynamics, made a video in which a former employee of the Anatomical Gift Foundation alleged that the group was selling—not donating—fetal tissue. The videos led to sensational media coverage and House hearings, until the former employee was deposed under oath. At that point, he made clear that the accusations he’d made on video were false. He was paid by Life Dynamics to say these things on camera, and he agreed to do so because he needed the money. “What was for sale wasn’t fetal tissue; it was a phony witness statement,” said Clayton at Wednesday’s hearing.

She wondered aloud why the panel has subpoenaed a number of medical researchers and health care providers, but has not subpoenaed the creator of the videos. “Unless this Select Panel is willing to put Mr. Daleiden and his associates under oath and get to the bottom of what they did, it should terminate these proceedings now and return to doing the people’s business,” Clayton concluded.

3) Internal contradictions: At the beginning of the question-and-answer session, Rep. Jerrold Nadler (D-N.Y.) sought clarification. One of the committee’s exhibits concludes that an abortion clinic incurs no costs in the process of procuring fetal tissue. But other exhibits contradict that, Nadler said, and show that the process requires employee time and equipment for drawing blood, discussing consent forms, and more—all costs that federal law considers reimbursable.

Nadler asked the panel to explain the discrepancy in their materials. Blackburn answered simply, “There is no discrepancy.” Nadler and Blackburn then went through several more rounds of back-and-forth, with Nadler repeating his question and Blackburn avoiding a direct answer, saying that the exhibits are based on the committee’s “investigatory work.” A frustrated Nadler called out her vague answers. “Can you explain how using a chart that draws conclusions that have no objective basis in fact other than your statement that somebody investigated does not violate House rules?” he asked.

4) An episode of House of Cards, and a kangaroo court: When it came time for Rep. Jackie Speier (D-Calif.) to speak, she did not mince words. “This hearing belongs in a bad episode of House of Cards,” Speier said. “In fact, this hearing is literally based on a house of cards, and the exhibits being used as a foundation are, in all likelihood, the product of a theft carried out by someone who is now under indictment in Texas.” Speier was referring to an ongoing line of questioning by various members of the panel who had asked for a clear explanation of the sourcing for the investigative panel’s exhibits. “Is this hearing really going to proceed based on stolen and misleading documents? Even Frank Underwood would be blushing at this point.”

Speier chided the committee for wasting time on this issue in pursuit of a political agenda: “This so-called committee is the very definition of a kangaroo court,” she said, “a mock court that disregards the rules of law and justice to validate a predetermined conclusion.” She also criticized the panel for expending effort on “what goes on inside a woman’s uterus” while “ignoring what happens to babies and children outside of them.” She pointed to the health implications for children in stifling fetal tissue research, and specifically to the Centers for Disease Control and Prevention’s recent research that has used fetal tissue to investigate the connection between the Zika virus and microcephaly. You can watch her incensed testimony below:

5) A shoddy investigation: After the witnesses completed their testimony, DeGette repeated her disapproval of the shoddy sourcing for the committee’s exhibits and her puzzlement as to why the committee refused to be more transparent, particularly given the severity of their allegations. “The reason I’m kind of stuck on this,” she said, “is because if people are selling fetal tissue in violation of the law, then we need to have an investigation. But we can’t have some witch hunt based off some things that were taken off of screenshots and charts created by staff.” She continued, “Even though 12 states have investigated and found there was nothing, if you want to send it to the Department of Justice for investigation, I’ll guarantee you, they won’t make up little charts with their staffs. They will get to the bottom of it with original documents, and I suggest that’s what you should do if you think there is a criminal violation.”