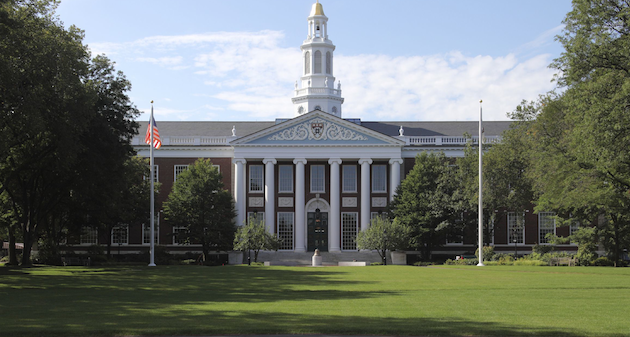 The elite gentlemen of the Porcellian Club, Harvard’s centuries-old social club that boasts the likes of Teddy Roosevelt and the Winklevoss twins among its alumni, emerged from years of silence on Tuesday to reject the university’s calls for clubs to join the 21st century and include women into its exclusive ranks.

“To the best of my knowledge, this is the first time an officer of the PC has granted an on-the-record statement to a newspaper since our founding in 1791,” Charles Storey, a graduate from the class of ’82 and the club’s graduate board president, wrote to Harvard’s student newspaper the Crimson. “This reflects both the PC’s abiding interest in privacy and the importance of the situation.”

Storey goes on to argue that by forcing clubs to invite female members, the change would “potentially increase, not decrease the potential for sexual misconduct”—essentially making the case that instead of broadening women’s access to the benefits of these social clubs, the university’s efforts could actually jeopardize a woman’s safety.

“Given our policies, we are mystified as to why the current administration feels that forcing our club to accept female members would reduce the incidence of sexual assault on campus,” Storey continued.

Storey isn’t alone in his staunch resolve to remain stuck on the wrong side of history. Another Porcellian Club member, who wished to remain anonymous, told the Washington Post that the university’s efforts would disrupt the club’s intention to develop “deep male friendships.”

“We don’t want to be involved in anyone else’s business, we just want to be left alone to carry on our 225-year traditions in peace,” he noted.

Last year, a similar conflict erupted when women fought to perform in Harvard’s Hasty Pudding theatrical group, which has been all-male since its founding in 1795. Despite their attempts, none of the 17 women who auditioned were accepted into the troupe.

“I want to say that it’s unsettling that there will be no women on stage tonight,’’ Amy Poehler said when accepting the group’s “Woman of the Year” award last January. “You know it’s time for a change when the Augusta National Golf Club has lapped you in terms of being progressive.”