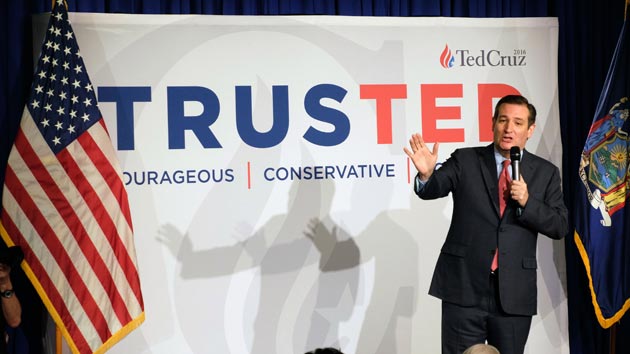 In 1991, thousands of anti-abortion protesters sat in the streets of Wichita, Kansas, blocking roads to abortion clinics for six weeks. The enormous protest, which led to thousands of arrests and crippled both reproductive health care access and law enforcement, was organized by the anti-abortion group Operation Rescue. The group was linked to a string of attacks on abortion clinics in the 1980s and early 1990s, prompting Congress to pass the Freedom of Access to Clinic Entrances (FACE) Act in 1994, which instituted criminal penalties for physical damage and other violence against abortion providers.

Fast forward to 2016. Troy Newman, the evangelical leader of Operation Rescue, is now an avid backer of the presidential campaign of Ted Cruz and a co-chair of Pro-Lifers for Cruz, a national anti-abortion coalition formed by the Cruz campaign. Cruz has touted Newman’s support, calling him a “leading pro-life activist” who “has served as a voice for the unborn for over 25 years.”

And on Tuesday, Cruz sent a letter to the Department of Justice arguing that it has mounted “frivolous” FACE Act prosecutions of anti-abortion protesters like Newman (who was charged under the act in 1998 for obstructing a Washington, DC, clinic) and should use the law to protect places of religious worship.

In a letter to Attorney General Loretta Lynch, the senator from Texas and his Republican colleague Mike Lee of Utah wrote that the DOJ is engaging in “warped and biased enforcement” of the FACE Act. When the FACE Act was debated in Congress in 1994, the House and Senate agreed to a Republican amendment to extend the protections given to abortion clinics to places of religious worship as a concession to help pass the bill. Cruz and Lee now allege that the DOJ has ignored the religious protections of the FACE Act, focusing unfairly on prosecuting the anti-abortion movement. They noted in their letter that the webpage for the DOJ’s Civil Rights Division, which enforces the FACE Act, links to several FACE cases tied to abortion providers, but does not list any prosecutions tied to places of religious worship.

There’s a reason for that, says Vicki Saporta, the president of the National Abortion Federation. Cases must clear a high bar to trigger a FACE prosecution, one that protests against religious facilities hardly ever reach. “There are aggressive protests taking place every day outside of abortion clinics,” Saporta says. “There are many instances where abortion providers are being threatened but the DOJ does not prosecute. They are very clear that there needs to be a true threat—force or the threat of force—and rock-solid proof before they will proceed with a FACE case.”

The FACE Act is at the nexus of all things Cruz. His presidential campaign has focused on religious freedom, helping him corner enough votes from evangelicals to beat Donald Trump in several state primaries and caucuses. He has also touted his unbending pro-life stance—he believes in outlawing abortion, with no exception for rape or incest cases, and has promised to defund Planned Parenthood as president—as further evidence of his devoutness and commitment to traditional values.

The letter from Cruz and Lee asked the DOJ to provide additional information by April 11 about its FACE enforcement tied to pro- and anti-abortion groups and religious organizations. The Cruz campaign did not respond to a request for comment.